The Great Days > News > 1.8 million more illegal immigrants living in the U.S. since the start of the Biden administration
News

1.8 million more illegal immigrants living in the U.S. since the start of the Biden administration 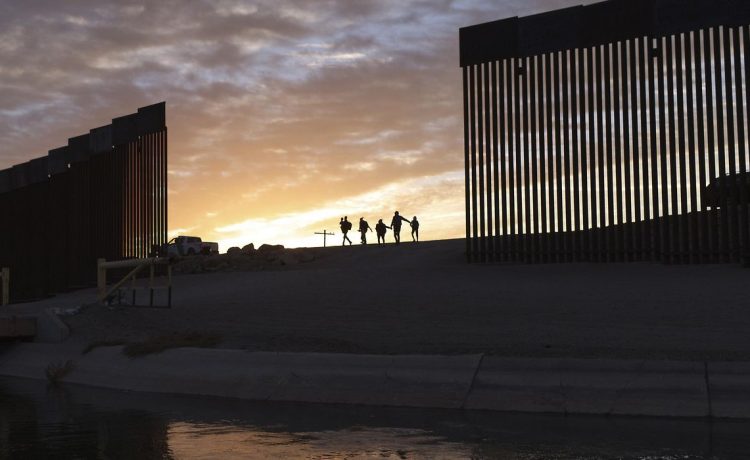 New Census numbers indicate that 1.8 million illegal immigrants have settled in the U.S. since President Biden took office, powering a surge in the ratio of foreign-born to native-born residents, according to a new report Thursday.

The Center for Immigration Studies says there are now 47.9 million immigrants — legal and illegal — now in the U.S.

That’s 14.6% of the total population, and if trends continue the country will set a record for the largest share of immigrants by the middle of next year. That will cross the previous high of 14.8% set around the turn of the 20th century.

All told, some 2.9 million more immigrants now live in the U.S. than did in January 2021, when Mr. Biden was sworn in. Among those are the 1,8 million illegal immigrants — a population larger than the size 12 states, including West Virginia, Hawaii, New Hampshire and Maine.

“The new data reflects the ongoing crisis at the border created by the Biden administration policies that are encouraging so many illegal immigrants to come into the country,” said Steven A. Camarota, the lead researcher on the new study, which relies on numbers from the Census Bureau’s monthly Current Population Survey.

The numbers add depth to the ongoing chaos at the border.

Homeland Security’s data shows more than 4 million illegal immigrants have been encountered at the borders since Mr. Biden took office. The department says the border isn’t open, and says many of those encountered have been sent home.

The new numbers reveal the other side of that coin: The hundreds of thousands who sneaked in without being detected, and even more who jumped the border and were allowed to stay.

Mr. Camarota said the 1.8 million new illegal immigrants is a net increase. Given the usual pace of deaths, returns home and gaining legal status, the actual gross number of new illegal arrivals is well over 2 million.

There have been previous surges of new illegal immigrants settling in the U.S., but those came in defiance of the law and snuck by the Border Patrol.

This current surge is the first time so many have been caught but released under the government’s own policies, Mr. Camarota said.

“We never had a situation where possibly a majority of people encountered at the border are released into the United States as a matter of policy,” he said. “That’s a complete break with the past.”

Discussions of immigration have become mired in vicious debates over motives and racism in recent years, and those have taken on acute proportions ahead of this year’s elections. Immigrant-rights activists accuse those who complain about the border chaos of embracing dangerous rhetoric of “invasion” or theories about attempts to “replace” Americans with newcomers.

“To a deeply disturbing degree, Republicans are relying on nativist lies and white nationalist conspiracies as a core part of their midterm closing argument, while the remainder of the GOP, including its leadership, languishes in complicit silence,” Zachary Mueller, political director for America’s Voice, said in a memo earlier this month.

Mr. Camarota said his numbers suggest there is no dearth.

In September 2019, before the pandemic, there were 27.4 million foreigners in the workforce. That dipped to 24.4 million at the depths of the pandemic but has since rebounded to 29.4 million as of last month. That’s an increase of 2 million more than pre-pandemic levels and 5 million over the pandemic low point.

He said the near-record ratio of immigrants in the U.S. raises questions about the country’s ability to assimilate them.

“I think everybody agrees we want to successfully integrate immigrants into our society. How that happens is partly a function of the size of the immigrant population,” he said. “If you worry about linguistic or cultural isolation and the critical mass to do that, then the size and share of the population that is immigrants matters a whole lot.”