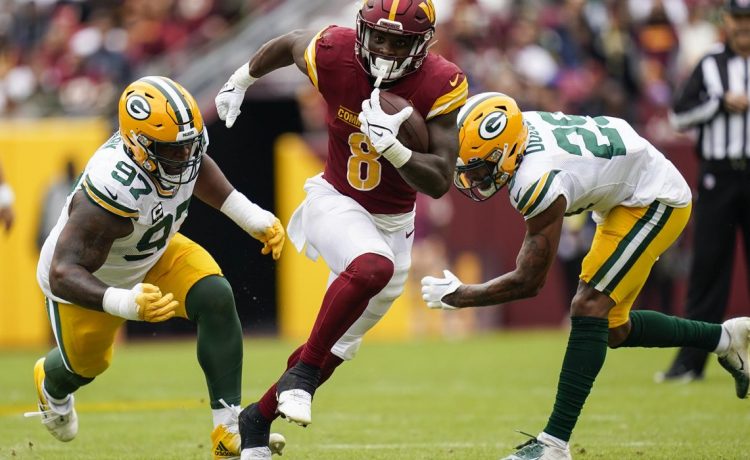 WASHINGTON — Washington, D.C., police on Wednesday announced that a 17-year-old male had been arrested in relation to the August shooting of Washington Commanders rookie running back Brian Robinson Jr.

Metropolitan Police Department Chief Robert Contee said the young man has been charged with assault with intent to rob while armed. Since the suspect is a juvenile, Contee would not provide his name or any details of his legal history.

Robinson, 23, was shot twice in the right leg on Aug. 28 near a lively strip of clubs, bars and restaurants along H Street in northeast Washington.

The highly touted third-round draft pick underwent surgery and sat out the first month of the NFL season. Robinson first took the field during the season’s fifth week on Oct. 9, and has since claimed the team’s starting running back role.

Contee partially credited the arrest to a community tip received by police, but wouldn’t go into detail on the nature of the tip. He said the local office of the Bureau of Alcohol, Tobacco, Firearms and Explosives was heavily involved in the forensics end of the investigation.

“Violent crimes get solved because of good police work, community involvement and science,” he said.

Contee said two other individuals were still being sought who were “involved in this case and need to be brought to justice.”

One of those remaining suspects was described by Contee as the “getaway driver” in what appeared to be an attempted armed robbery or carjacking.

It was unclear whether the assailants knew Robinson’s identity when they attacked, Contee said.