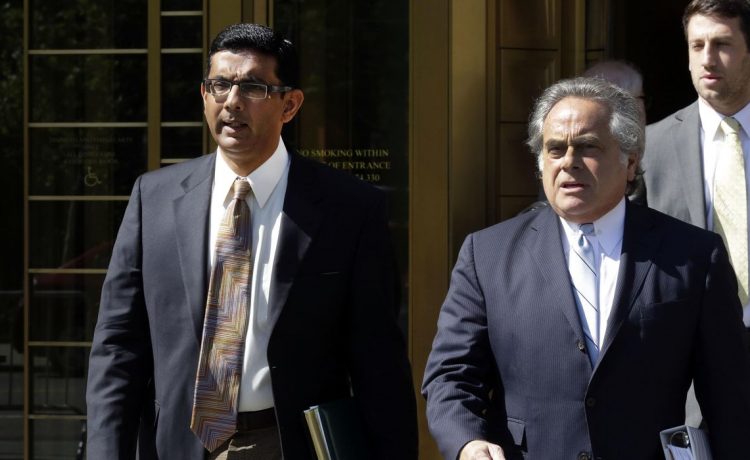 “2,000 Mules,” a book that claims left-wing groups stuffed ballot boxes to swipe the 2020 contest from former President Donald Trump, has undergone major revisions to water down certain claims amid the threat of legal action.

A passage that accused certain nonprofits of engaging in illegal “ballot trafficking” has been rewritten or edited to remove the names of certain groups, while sections that tie election fraud to Antifa or Black Lives Matter have been deleted, according to National Public Radio.

The book is hitting stores after a two-month delay. It is based on a film of the same name that’s influential in Trump circles but has been discredited by fact-checkers and others as lacking evidence and specifics.

Author Dinesh D’Souza tweeted in July that the book would fill in the lines.

“I am going to reveal the names of several of these nonprofit stash houses in my book ‘2000 Mules; that comes out in late August,” Mr. D’Souza wrote.

The book was pulled before its release date when publisher Regnery issued a recall, though NPR says it found some copies on shelves.

Groups that were accused of being fraudsters said they were happy the revisions backtracked, telling the outlet that the claims amounted to “trash,” “lies” and “malarkey.”