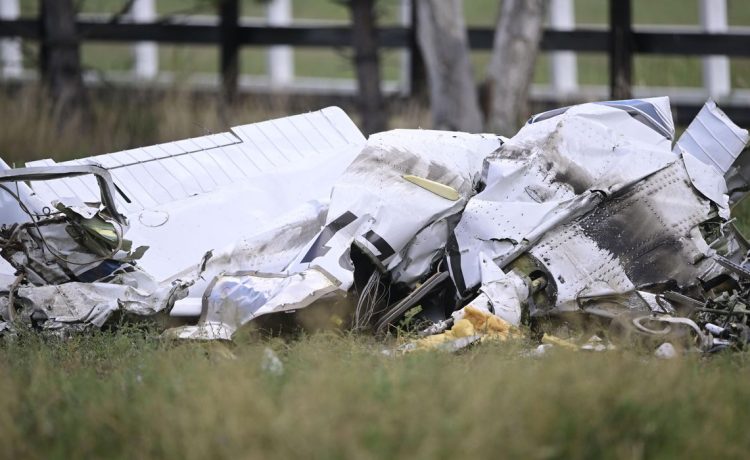 The Boulder County Sheriff’s Department said the collision took place over Longmont shortly before 9 a.m. The planes crashed in separate sites, with debris found on the north and south sides of Niwot Road.

The National Transportation Safety Board said the two planes involved in the crash were a Cessna 172 and a Sonex Xenos aircraft.

NTSB officials said the two people in the Cessna were an instructor and a student, according to a Saturday evening press conference reported by KUSA, the NBC affiliate for Denver. There was only one occupant in the Sonex.

None of the aircraft was in communication with air traffic control at the time of the collision, per the NTSB. But again, Mr. Folkerts said they weren’t required to be.