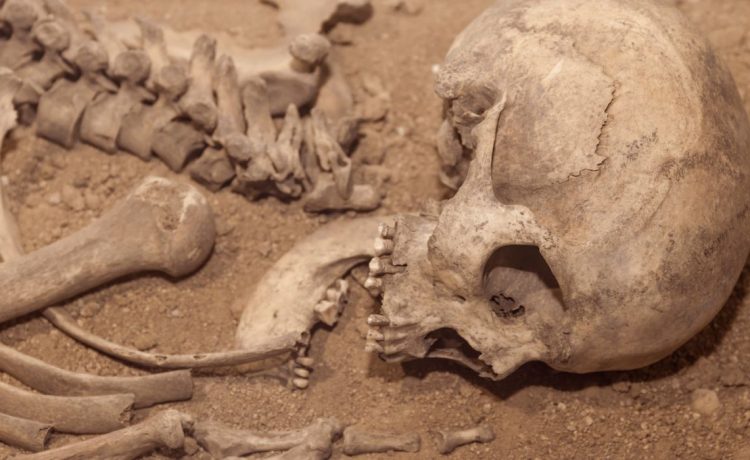 A new study published in the journal Nature Wednesday suggests that a 31,000-year-old young adult skeleton found on the Indonesian island of Borneo could be the earliest known example of human amputation.

The discovery upends the current understanding of how medicine came to be, which is that the transition to farming created new health problems that needed to be solved.

The Bornean specimen, however, was part of a hunting-and-gathering society. The young adult had his or her “left lower leg surgically amputated, probably as a child, at least 31,000 years ago. The individual survived the procedure and lived for another 6–9 years,” the study’s abstract says.

Scientists examined the bones, and found that the cut across the leg bones had healed, and more importantly, that the usual skeletal signs of non-surgical amputation due to an accident or animal were not present.

“Typically when bone fractures in, say, in a rock fall event or the, I presume, quite powerful jaws of a large reptile like a crocodile or anaconda or any such Borneo critter … [they] do not match the signature we have,” the study’s lead author, Griffith University archaeologist Tim Maloney told the Australian Broadcasting Corporation.

The scientists concluded that the specimen had undergone a medical amputation done deliberately. Furthermore, there was no skeletal sign that the individual had become infected after the amputation.

Scientists speculate that some sort of sharp stone tool was used to perform the procedure and that medicinal remedies to ward off infection could have been cultivated from the flora in the surrounding Bornean rainforest.

Mr. Maloney also noted that the individual, a child at the time of amputation, would have also needed assistance and care to survive afterward.

“This individual was a valued member of their community. It’s very unlikely that they could have lived without a high degree of community care,” Mr. Maloney told the Australian Broadcasting Corporation.

The findings suggest that humans began caring for their fellow man medically far earlier than expected, as opposed to the Darwinian concept of hunter-gatherers leaving the weak to die.

“It had long been assumed that healthcare is a newer invention. Research like this article demonstrates that prehistoric peoples were not just left to fend for themselves,” anthropologist Alecia Schrenk told the Associated Press.