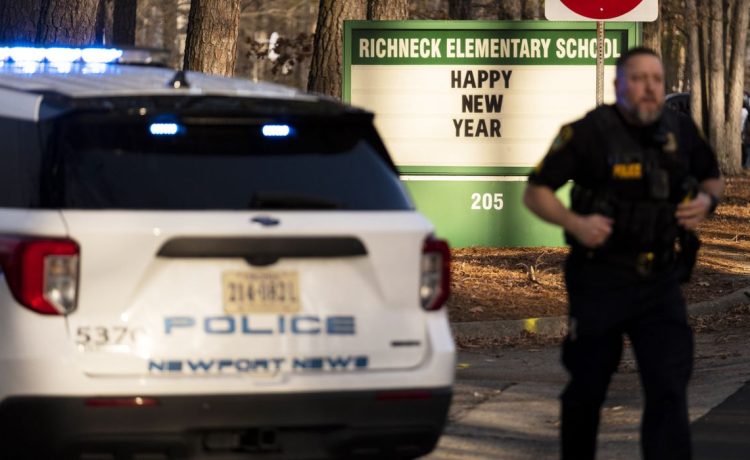 NEWPORT NEWS, Va. — A 6-year-old student shot and wounded a Virginia teacher Friday during an altercation inside a first-grade classroom, police and school officials in the city of Newport News said.

No students were injured in the shooting at Richneck Elementary School, police said. The teacher — a woman in her 30s — suffered life-threatening injuries. Newport News Police Chief Steve Drew told reporters that her condition had improved somewhat by late afternoon.

Police said the child had a handgun in the classroom and that they took that student into custody.

He added that the shooting was not an accident.

Parents and students were reunited at a gymnasium door, Newport News Public Schools said on Facebook.

Newport News is a city of about 185,000 people in southeastern Virginia known for its shipyard, which builds the nation’s aircraft carriers and other U.S. Navy vessels.

Richneck has about 550 students who are in kindergarten through fifth grade, according to the Virginia Department of Education’s website. School officials have already said that there will be no classes at the school on Monday.