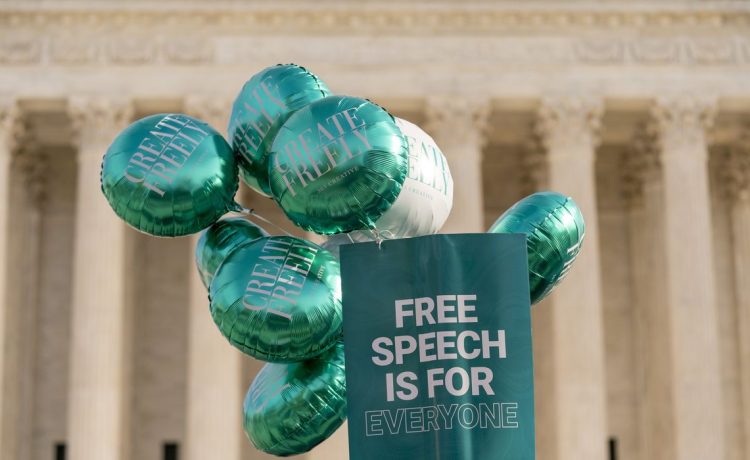 A staggering 88% of four-year colleges and universities restrict the free expression of their students, reversing a 15-year trend, according to an annual report on campus speech codes.

The Foundation for Individual Rights and Expression (FIRE) flagged 426 of 486 institutions for having at least one policy restricting student speech.

The Philadelphia free-speech advocacy group also downgraded 12 schools from “yellow” to “red” on the report’s traffic-light scale, marking the first time since 2007 that the number of worst-rated schools has increased.

“We hope that by releasing this report, attention will be drawn to these restrictions and schools will revise them and move off the ‘red light’ list next year,” Ms. Beltz told The Washington Times.

Other policies flagged this year include tighter regulations limiting campus protests and demonstrations, many of which arose as liberal students increasingly disrupted conservative speakers.

FIRE started rating university speech codes with green, yellow or red lights in 2006, when just 2.4% of schools earned a green and 97.6% received a yellow or red.

Since 2007, the share of schools rated yellow or red has declined gradually, to 86.5% last year. The percentage of “green” schools rose for 15 years before flatlining this year.

Among 375 public universities and 111 private schools, 94 received a red light from FIRE this year for substantially limiting student opinions on controversial topics. Another 324 earned a yellow light for imposing vague or narrow restrictions.

Sixty colleges earned a green light for maintaining policies that did not seriously restrict students.

Eight colleges received a warning for not promising any free-speech rights. They included Hillsdale College, a private Christian school that the report said denies recognition to student groups at odds with its official policy upholding “morally responsible sexual acts.”

While speech codes have their roots in 1960s campus unrest and later debates over political correctness, the report confirms the recent influence of racial justice protests, said Peter Wood, president of the conservative National Association of Scholars.

“The idea has now taken hold that free speech is an instrument the majority uses to silence and marginalize the voices of oppressed groups,” said Mr. Wood, a former associate provost at Boston University. “Free speech has been replaced by a kind of privileged speech of the oppressed.”

The report praised public universities in Ohio, where a new law took effect in July that lets students report free-speech violations. It also singled out the University of Texas system for adopting the “Chicago Statement,” a commitment to free speech that 92 colleges now follow.

But the report dinged the Minnesota state system for adopting an overbroad harassment policy that moved five schools from yellow to red.

There were social media restrictions at Loyola Marymount, a broad “hate speech” ban at Nicholls State, a “joke emails” ban at Westfield State and a blanket threat of punishment for “inappropriate” conduct at the University of Washington.

In an email to The Washington Times, an Amherst spokesperson cited the university’s statement on academic and expressive freedom, which pledges to respect “unpopular, controversial, discomfiting” ideas.

“Amherst prizes and defends freedom of speech and the freedom to dissent in a respectful manner,” the spokesperson said in a statement.

Most of the other schools that FIRE criticized did not respond to requests for comment.

Stricter speech codes make it harder to challenge recent state laws restricting “divisive” curriculum, said Jonathan Zimmerman, a professor in the history of education at the University of Pennsylvania.

“The most serious assault on free speech is happening in GOP-led state legislatures, which are limiting what schools and universities can teach about race and sexuality,” Mr. Zimmerman said in an email.

“How can our colleges challenge that trend if they’re engaging in censorship themselves?”

He pointed in an email to the example of Emerson College pushing out its student chapter of Turning Point USA for distributing stickers criticizing communist China.

Mr. Angelo’s right-leaning advocacy group has partnered with FIRE in a joint call for new leadership at the private Boston school.

“FIRE’s report confirms what we’ve been hearing anecdotally at the New Tolerance Campaign throughout 2022: The state of speech on college campuses is in a dangerous decline,” said Mr. Angelo, a former president of the Log Cabin Republicans LGBTQ group.