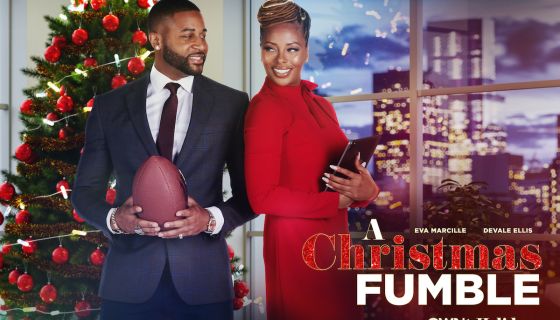 Two of our favorites, Devale Ellis and Eva Marcille are combining forces in A Christmas Fumble. 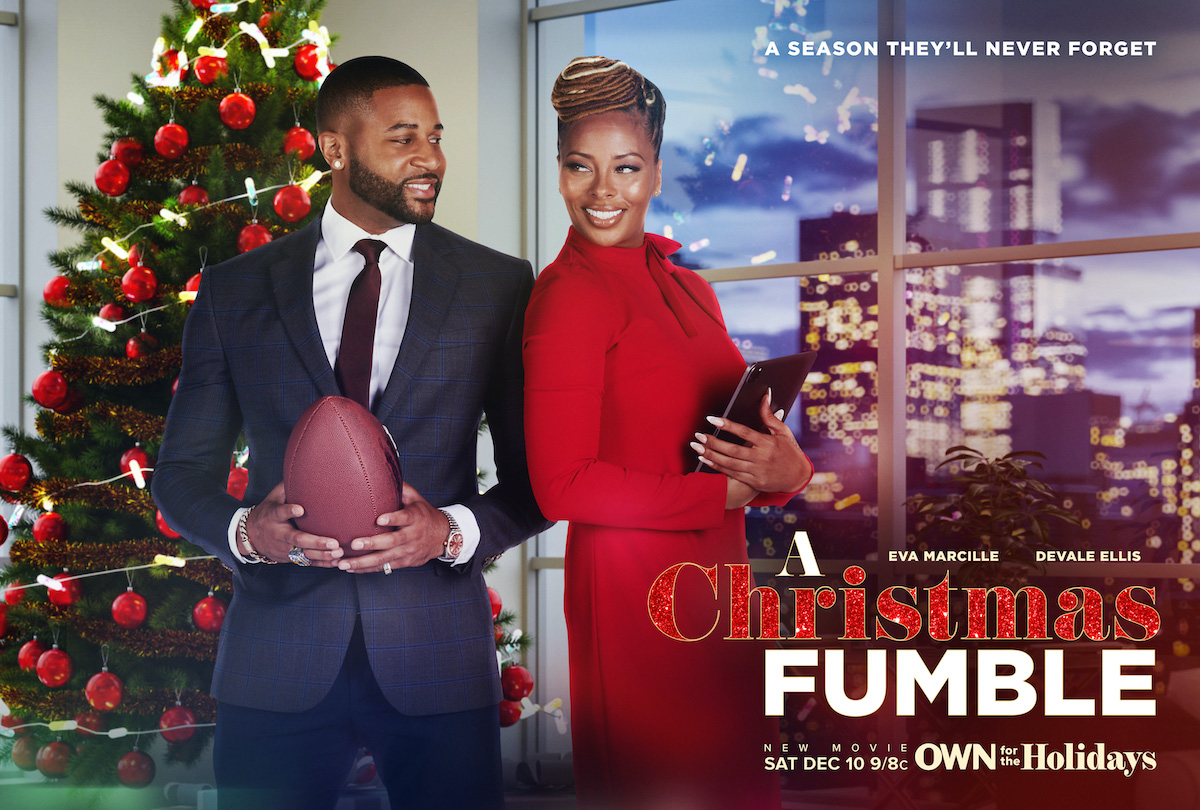 We’re excited to exclusively reveal the key art and official movie trailer for A Christmas Fumble. The OWN Holiday movie is the story of a crisis management queen who gets the toughest assignment of her career when she’s asked to handle a breaking scandal for former pro footballer Jordan Davies, who also happens to be a former flame. Starring Eva Marcille and Devale Ellis.

We can’t wait for this one!

The “queen of crisis management,” Nicole Barnes (Eva Marcille) gets the toughest assignment of her career when she’s asked to handle a breaking scandal for a former pro-footballer-turned-TV-commentator Jordan Davies (Devale Ellis), whose network contract isn’t going to be renewed because of a violation going back to his college days. However, Nicole fails to disclose that she and Jordan were once boyfriend and girlfriend — a conflict of interest that could end her own hopes of being made partner at her firm. To make matters worse, Nicole’s efforts to rehabilitate Jordan’s image are constantly undermined by Jordan’s shallow entertainment reporter fiancée.

Will you be watching OWN for the Holidays?