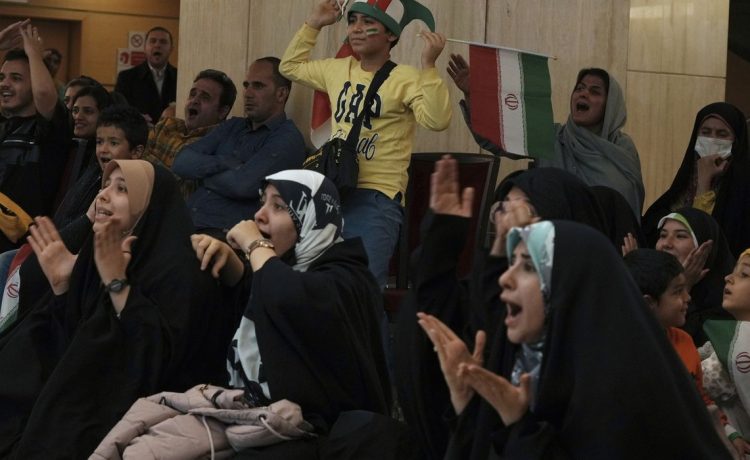 Iranian fans at the stadium in Qatar looked glum after their soccer defeat Tuesday, but there were cheers in the streets back home, where protesters hailed the loss as a strike against the Islamic regime.

The 1-0 defeat eliminated Iran from the World Cup, which had become the latest flashpoint in anti-government protests following the death of 22-year-old Mahsa Amini in the custody of Iran’s morality police.

“I am happy, this is the government losing to the people,” a celebrator in a Kurdish region told CNN, which withheld the person’s name for security reasons.

Protests over the death of Amini, a Kurdish woman, have raged for weeks.

Iranian players refused to sing the national anthem at their opening match, prompting reports their families were threatened.

The players sang the anthem before their second match, a victory over Wales, and before their defeat to the U.S.

U.S. star Christian Pulisic sealed Tuesday’s victory with a goal in the first half. The Americans will play the Netherlands in the knock-out stage on Saturday.

Not everyone in Iran was happy about the loss, including players who could face blowback.

“I’m really sorry on behalf of our players, our group, that we couldn’t get our opportunity to qualify for the next round,” midfielder Saeid Ezatolah told reporters. “I hope our fans and our people in Iran, they forgive us. And I feel just sorry, that’s it.”