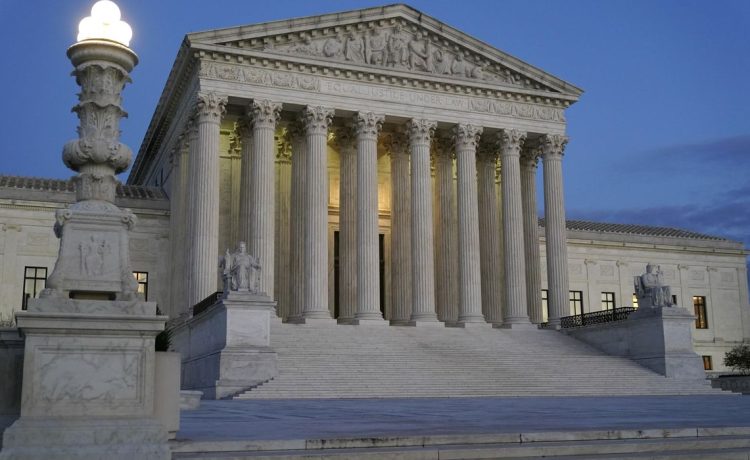 From classrooms to casebooks, teachers are grappling with the justices’ ruling in Dobbs v. Jackson, wondering what it means for big legal concepts like fealty to precedent and the court’s role in refereeing itself, as well as Congress and the presidency.

Josh Blackman, a professor at South Texas College of Law and editor of a “Con Law” casebook, said they are rethinking years of teaching that the Roe v. Wade decision establishing a national right to abortion and a follow-up case, 1992’s Casey decision, were “safe” from future court meddling.

“Dobbs changes the narrative of constitutional law,” said Mr. Blackman. “Roe and Casey were finally overruled. The Supreme Court did so, without regard to its reputation among progressives and elites. And substantive due process is a very shaky foundation. Dobbs caused a fundamental transformation of how constitutional law operates.”

Lois Shepherd, a law professor at the University of Virginia who will be teaching a reproductive law class next year, said the debate has shifted from looking at the contours of rights to whether those rights actually exist.

She said her students will explore the ramifications of Dobbs, including its potential effect on other high court precedents dealing with marriage rights and privacy.

“We’ll need to consider the political situation that has brought us here — how this was a long game for anti-abortion strategists and how much this decision depended upon certain judicial appointments,” she said. “Spending time thinking about the court in a more political way than in the past in my class is probably going to be necessary,” she said.

She added: “Honestly, the decision is so huge in impact that it deserves an entire semester-long course.”

In Dobbs, the court ruled that Roe, the 1973 case that identified a right to abortion in the U.S. Constitution, was junk.

“It is time to heed the Constitution and return the issue of abortion to the people’s elected representatives,” he said. “The Constitution does not prohibit the citizens of each State from regulating or prohibiting abortion.”

More crucially, he said the passage of nearly five decades couldn’t paper over those deficiencies. It was a blaring announcement that talk of cases as “super-precedent” would no longer fly.

The ruling also cast some doubt on a legal doctrine known as “substantive due process,” which is a way of looking at individual rights protected within the Constitution.

Justice Clarence Thomas, in a concurring opinion, said the idea lacks “any basis in the Constitution.” He said with Roe out, it may be time to look at other cases based on substantive due process, including ones dealing with same-sex marriage and the right to contraception.

Justice Thomas has led a revolution at the high court that stretches beyond abortion, with recent rulings on guns and religious freedom that also signal the dominance of his originalist approach to deciding constitutional cases.

That’s something law professors must grapple with, said Richard Albert, who is director of constitutional studies at the University of Texas at Austin.

“It would be professional malpractice for any professor of constitutional law not to introduce students to the theory of originalism because that is now ascendant on the court,” Mr. Albert said.

He led a program for law professors over the summer, just after Dobbs, where they pondered how to teach constitutional law in the midst of those shifts: “Do you still teach Roe, do you teach only Dobbs? What kind of questions do you ask students? What kind of discussion do you seed in class? How provocative do you get?”

As for his students, Mr. Albert said they’ve been girding for a ruling like Dobbs for several years, and it’s changed the way they’ve approached constitutional law, transforming them from scholars into “scholar-activists.”

“They’re thinking creatively about how to defend their values. And it’s not just, by the way, students who are opposed to the ruling in Dobbs. You have students who may feel the other side, and their view now is ascendant,” he said. “Law has always been a tool to engineer society and to reengineer society. That’s just the nature of law. So when I notice a shift from scholar to scholar-activist, for me it’s completely appropriate for students to do that, on either side.”

For some professors, the moment is a scary time as they’ve become unmoored from decisions they had become attached to.

“I have always perceived of the law as a tool for justice,” Jolynn Childers Dellinger, a professor at Duke Law School told Slate, “and my faith that the law is being used toward that end has definitely been shaken by this Supreme Court.”

The ruling may also be affecting students personally.

Law.com wondered whether students would flee from schools in states that have more restrictive abortion laws, pointing out since 2016, women make up a majority of new law school enrollees.

The publication also said schools were trying to sort through how to help students “cope” with the realities of the decision.

That’s just as true for some of the teachers.

G.S. Hans, an associate clinical professor of law at Cornell University, penned a piece this summer wondering how professors are supposed to teach constitutional law “while the Supreme Court is wrecking it.”

He said that while the current “supercharged” and “hyperconservative” court is stirring passions, it’s just unwinding a “fairy tale” many lawyers have adopted that the court is a bulwark of individual rights. He said it’s time professors teach the court’s ability to be swayed by legal realism.

“And although it can come off as cynical, I find it hard to argue against cynicism given how radical the Court has become,” he wrote.

David Cohen, a law professor at Drexel University said he has always told students that constitutional law is ever-changing. He noted how lessons on constitutional rights changed over time when the court issued rulings varying from Plessy v. Ferguson to Brown v. Board of Education, and so on.

“I’m always just teaching a snapshot in time and the history of constitutional law is that it is ever-changing,” he said.

“The Supreme Court gets romanticized from the left and the right and in doing so, we forget they are a political body, with political actors, making political decisions and that doesn’t mean we don’t have to teach what the law is and what the doctrine is — we do — but at the end of the day, these are political actors,” Mr. Cohen said.