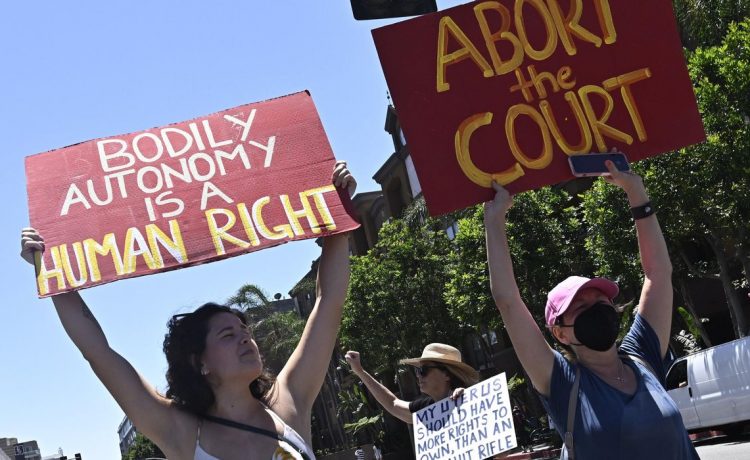 Marchers gathered near LA City Hall starting around 10 a.m. carrying signs that said, “my body, my choice” and “abort the court.” Police warned of traffic snarls after some protesters walked along a freeway off-ramp.

A concert and rally called “Rock for Abortion Rights” was scheduled for the afternoon outside a nearby U.S. courthouse. A separate protest was also planned outside the Federal Building on the city’s west side.

At least one person was arrested Friday after people threw fireworks and other objects at officers, said Los Angeles police Chief Michel Moore.