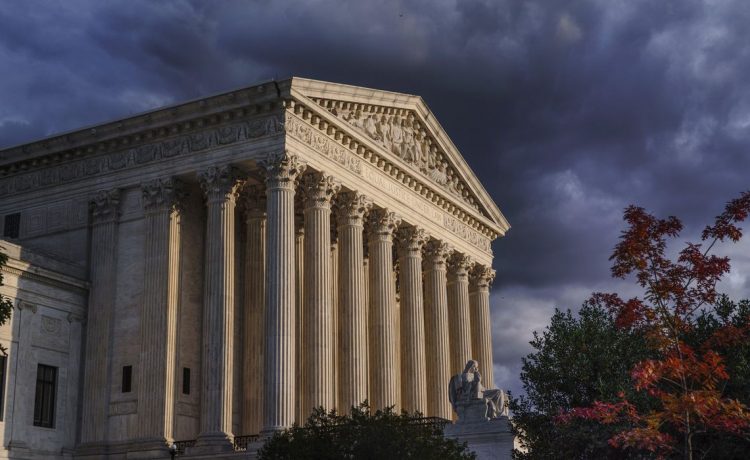 The Constitution became a little simpler with last week’s decisions on guns and abortion, as the Supreme Court’s conservative wing pared back decades of legal rulemaking and declared the founding document means pretty much what it says — and only that.

In the dual rulings, the high court tossed out nearly 50 years of abortion precedent and more than a decade of appellate court experimentation with the Second Amendment.

Instead, the justices laid out a basic test: If it would have been unrecognizable to the people who wrote and ratified that part of the Constitution or to the generations who came soon after, it probably can’t survive.

“A triumph for originalism,” said Josh Blackmun, a professor at South Texas College of Law, using the term that’s come to be associated with the philosophy of fixing the Constitution’s meaning at the time of its origin.

For guns, Justice Clarence Thomas wrote that the Second Amendment means what was in the minds of members of Congress and the people who ratified the Bill of Rights in the late 1700s.

For abortion, Justice Samuel A. Alito Jr. said that means what was in the minds of those who wrote and ratified the 14th Amendment in years after the Civil War.

He said most states did outlaw abortion in 1868, when the country ratified the 14th Amendment and its liberty clause — the source of the privacy right that Roe v Wade rested upon. And that was the dominant position even in 1973, when the high court issued Roe, Justice Alito said. He quoted Justice Byron White, describing Roe as representing the “exercise of raw judicial power.”

“The inescapable conclusion is that a right to abortion is not deeply rooted in the Nation’s history and traditions. On the contrary, an unbroken tradition of prohibiting abortion on pain of criminal punishment persisted from the earliest days of the common law until 1973,” he wrote.

Justice Alito even included eight pages at the end of his opinion showing statutes from various states criminalizing abortion at every stage of pregnancy at the time the territories were founded and became states.

In dissent, Justices Stephen G. Breyer, Sonia Sotomayor and Elena Kagan agreed that abortion wasn’t countenanced at the time the 14th Amendment was written and ratified. But they said that was a flaw, not a feature.

“Those responsible for the original Constitution, including the Fourteenth Amendment, did not perceive women as equals, and did not recognize women’s rights. When the majority says that we must read our foundational charter as viewed at the time of ratification (except that we may also check it against the Dark Ages), it consigns women to second-class citizenship,” they wrote.

The dissenters said the framers of the Constitution rejected the idea of fixing meanings to “the specific practices existing at the time.”

Instead, the Framers defined rights in general terms, to permit future evolution in their scope and meaning. “And over the course of our history, this Court has taken up the Framers’ invitation,” the dissenters wrote.

And they castigated the majority for overturning not only the 1973 Roe decision, which they said women have come to rely on in structuring their lives, but also the 1992 Casey v Planned Parenthood ruling, which reaffirmed the right to abortion for that exact reason.

They said nothing had changed since the Casey court, save for the accidents of politics: “The Court reverses course today for one reason and one reason only: because the composition of this Court has changed.”

They also wondered where the originalist approach would take the high court next, pointing to decisions on contraception and same-sex relations that they said could fall victim to the same historical analysis the court used for abortion.

Justice Brett M. Kavanaugh, who joined Justice Alito, wrote his own opinion, saying the ruling can’t be used to attack those other rights.

But Justice Clarence Thomas wrote in a concurrence that precedent involving same-sex relations, marriage and the right to contraception should be reevaluated at an appropriate time, reasoning that those rulings rested on substantive due process — the same constitutional argument used to preserve abortion in Roe.

Justice Alito spent some length of his 108-page opinion saying those other rulings are different in that they didn’t have the factor of what Roe termed “potential life” — the fetus that states point to as their reason for a bar on abortion.

He said the dissenters ignored that life question, instead imposing on all states the same “arbitrary” point late in pregnancy when a fetus has “the most basic human right — to live.” He said the majority, by contrast, recognized that the Constitution doesn’t answer that question, and neither should the courts.

“It is time to heed the Constitution and return the issue of abortion to the people’s elected representatives,” Justice Alito wrote. “The Constitution does not prohibit the citizens of each State from regulating or prohibiting abortion.”

The rulings exposed a long-simmering tension within the legal right.

On one side are jurists and scholars who say precedent is paramount and caution against big decisions, saying that’s the same type of activism that the left used to rewrite the Constitution in the first place. On the other are those who argue that things have gotten so out of whack that only an activist court can pare it back.

Both views were on display with the abortion decision, in which Chief Justice John G. Roberts Jr. said that while he sided with the majority in upholding Mississippi’s 15-week ban as constitutional — the main issue in the case — he was not ready to join them in tossing Roe v. Wade.

“If it is not necessary to decide more to dispose of a case, then it is necessary not to decide more,” Chief Justice Roberts wrote, citing a long-standing judicial maxim.

“Perhaps we are not always perfect in following that command, and certainly there are cases that warrant an exception. But this is not one of them. Surely we should adhere closely to principles of judicial restraint here, where the broader path the Court chooses entails repudiating a constitutional right we have not only previously recognized, but also expressly reaffirmed applying the doctrine of stare decisis,” he wrote.

Justice Alito was having none of that incrementalism.

“The Constitution makes no reference to abortion, and no such right is implicitly protected by any constitutional provision,” he wrote.

The gun case presented no such divisions.

All six GOP-appointed justices said the court’s precedent in the 2008 Heller case, which granted Americans the right to own firearms, and the follow-up 2010 McDonald case that extended that right to the states made clear that the Second Amendment means what it meant to the founding generation.

And Justice Thomas, writing the majority opinion, said New York’s law — which gave the state the power to judge whether someone had a good enough excuse for carrying a weapon in public — would never have been countenanced by the founders or those in following generations.

“Only if a firearm regulation is consistent with this Nation’s historical tradition may a court conclude that the individual’s conduct falls outside the Second Amendment’s ‘unqualified command,’” he wrote.

He said a series of lower courts have adopted a two-step test, looking at the history but then also deciding whether states have a good enough reason to enact bans.

“Despite the popularity of this two-step approach, it is one step too many,” he said.

Elliot Mincberg, senior fellow at People for the American Way, said the court had devolved into “a unique and extreme form of originalism.”

“We will have to see just how far this majority will take it,” Mr. Mincberg said.