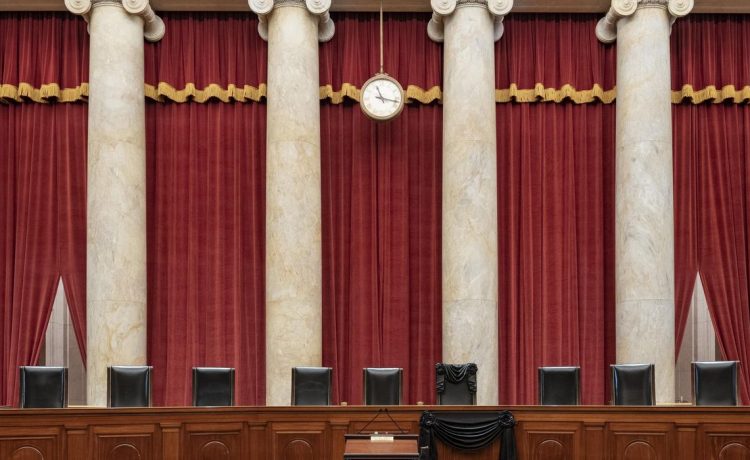 Two First Amendment scholars are warning that the Supreme Court’s recent ruling in favor of a public high school football coach who prayed on the 50-yard-line after games could lead to Christianity dominating schoolhouses as it did in the 1700s and to teachers opening class with a prayer.

Their views, outlined in an article posted at George Washington Law Review’s “On the Docket” forum, are just one example of the profound shift in tone and argument in the wake of a string of arguments by the high court’s new conservative majority on issues such as abortion, guns and religion, with many longtime court-watchers — especially on the left — seemingly stunned by the swiftness and magnitude of the change.

The 6-3 decision by the conservative majority in Kennedy v. Bremerton School District has upended decades of precedent surrounding religious jurisprudence and the meaning of the Constitution’s Establishment Clause on the roles of church and state, according to The George Washington University law professors who likened some Supreme Court justices to “Christian Nationalists.”

Ira Lupu and Robert Tuttle, who teach about the Constitution and religion at the District school, noted the current court has generally sided with Christians and those backing a more visible role for religion in public life, warning the precedent “invites a form of totalitarianism.”

“It does not take a Religion Clause scholar to see what has been going on at the Supreme Court over the last dozen years. Religion always wins,” they wrote. “And in every case before the Supreme Court, the religion in the case is Christianity.”

“The Christian Nationalists among us, and among the justices, must be thrilled. For those of us who know and fear the consequences of a state dominated by a single faith, the court’s trajectory is chilling,” they added.

Jeremy Dys, senior counsel at First Liberty Institute which represented Coach Joseph Kennedy, agrees with the law professors that the ruling could be a milestone, but he argues the result of the case makes Americans more free, not less.

“It is going to take us time to fully appreciate the impact of [the Kennedy case],” Mr. Dys said. “But that is only because we have lived for so long under a mistaken understanding of the Establishment Clause.”

He said for decades courts have interpreted the language of the First Amendment prohibiting any law “establishing” a government-backed official faith to allow campuses to treat “religion as if it was some sort of virus.”

“We are more free today because of Kennedy,” Mr. Dys added. “Our nation has a history and tradition that welcomes religion into the public square.”

The case at issue involved a public high school football coach in Washington state who lost his job due to praying privately on the 50-yard-line after games. Sometimes students joined him, while other times they did not. Coach Kennedy saod he never coerced a student to pray.

In a 6-3 decision, Justice Neil M. Gorsuch signaled an end to the so-called “Lemon” test, a decades-old precedent that judges used to attempt — in a somewhat confusing manner — to balance the First Amendment’s rights to the “free exercise” of religion with the stricture against any government endorsement of religion.

Justice Gorsuch said Mr. Kennedy, who coached at a school in Bremerton, Washington, proved his post-game prayer was private and no students were compelled to join him.

“The Constitution and the best of our traditions counsel mutual respect and tolerance, not censorship and suppression, for religious and nonreligious views alike,” he wrote for the majority.

But GW’s Mr. Tuttle told The Washington Times that the decision still leaves this area of law “unsettled,” noting the 11th U.S. Circuit Court of Appeal has already remanded a case back to the lower court citing the Kennedy ruling’s undoing of the “Lemon” analysis in a dispute involving a prayer vigil led by a city police department.

He also said Justice Gorsuch’s opinion opens the door for teachers to reintroduce prayer in their public school classrooms.

“It is not inconceivable that a teacher could, before the opening of the school day, before the bell rings — a teacher could engage in prayer and the prayer could be vocalized. It could be the Lord’s Prayer and some students could join in,” he said. “This is all just incredibly different from the way we have thought about school prayer since the early 1960s.”

John Bursch, vice president of appellate advocacy at Alliance Defending Freedom, a religious liberty law firm, said the professors were analyzing the case from the perspective that a public employee was “praying on the job,” but the Supreme Court made clear that Mr. Kennedy was not “on the job” when he prayed after the games.

“School coaches were free to make personal phone calls, check sports scores on their phones, or do any number of other private things,” Mr. Bursch said. “The only thing the school prohibited during that time was prayer. And the Constitution rightly prevents public employers from telling employees they can’t pray on their own, personal time. Such a modest ruling does not foretell the fall of the republic.”

Critics of the decision say the coach’s prayers in such a prominent place at a school function were not the private religious moment he claimed. The school district argued that many students began to join the coach in his prayers and there was a fear that students and players who did not participate would feel discriminated against.

But Will Haun, senior counsel at the Becket Fund for Religious Liberty, said the Supreme Court decision benefits culture because it allows people to bring their faith into public life — and for others to learn and respect others’ beliefs.

“In a society that has had pluralism baked into it from the very beginning, we need to learn how to live together,” he said. “We lose something when we are told, ‘You can’t do that in public.’ We are going to treat religion like smoking.”