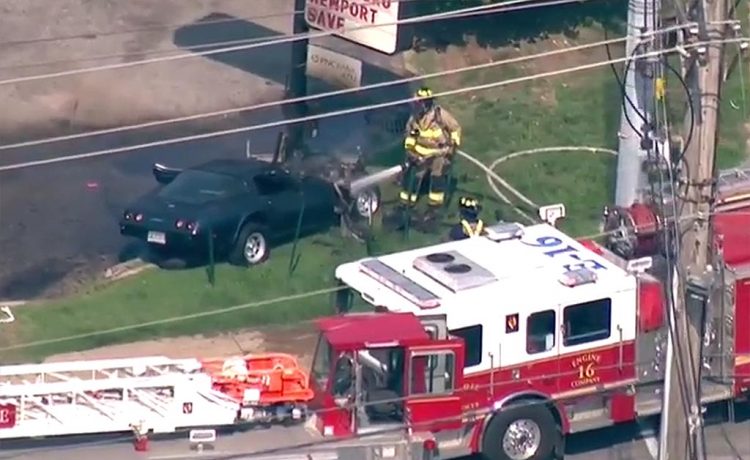 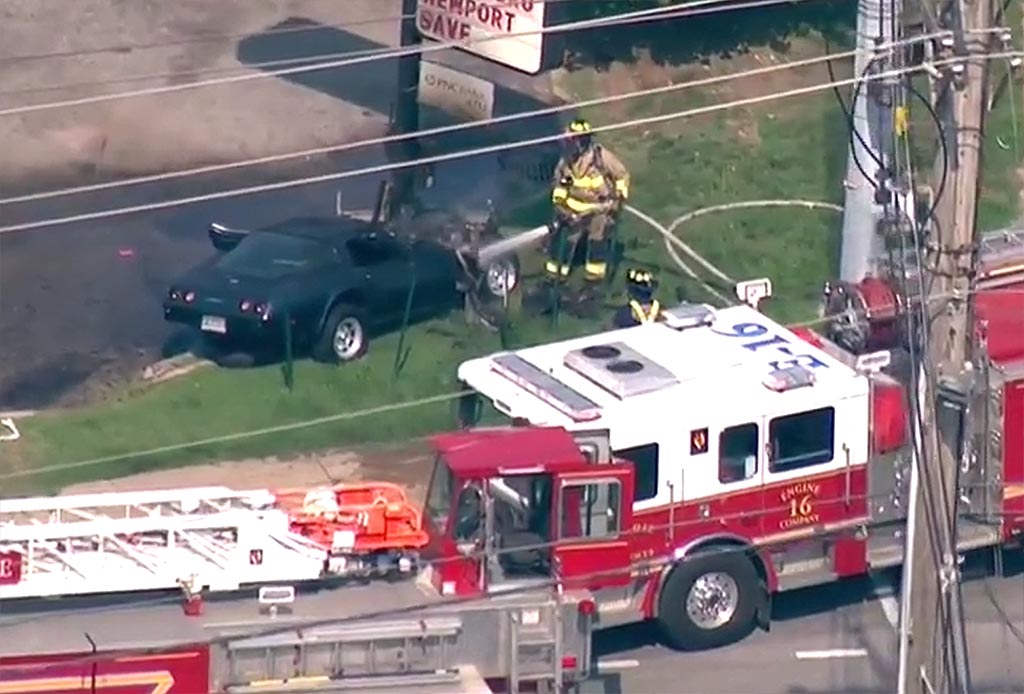 A late ’70s Corvette erupted in flames after striking a utility pole on a Louisville, Kentucky street Thursday afternoon.

WLKY-TV’s Chopper HD captured the action from above, with one video showing the burning Corvette as firefighters rush to quickly extinguish the blaze with a heavy stream of water.

The car appears to have suffered severe damage to the front end, though fortunately you can still tell it’s a C3 Corvette from the back two-thirds of the vehicle.

The one-vehicle crash happened around 12:15 p.m. near the intersection of South Seventh Street and
Algonquin Parkway.

Louisville Metro Police Department officers responded to the incident and found the driver inside. He was transported to UofL Hospital, with his condition not immediately available.
LMPD Second Division is investigating.

Visit WLKY for video of first responders putting out the fire.