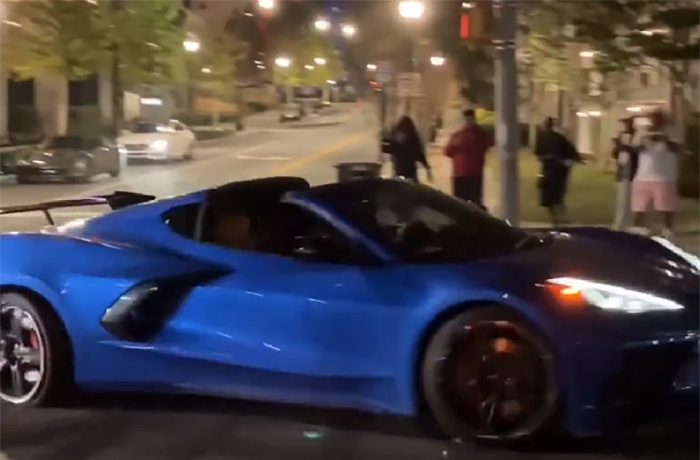 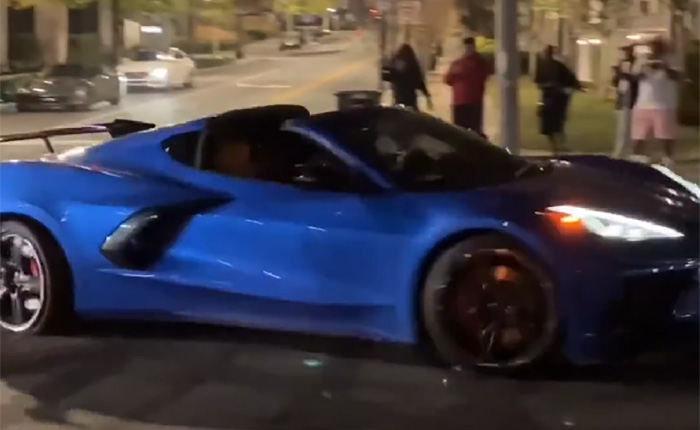 Sometimes even the simplest of shenanigans in a sports car are best left to the pros … or skilled amateurs.

With a big group of onlookers watching, the Corvette driver attempts a simple donut in the middle of a city intersection but mistakenly slams his passenger-side rear wheel into a nearby curb, nearly hitting a utility pole and at least one young guy in the process.

As the Corvette hobbles off, doing its own version of the new “crabwalk” of the Hummer EV, the driver is hopefully aware that he has just done “a ba-a-a-d thing” to his expensive car. Some have speculated on Carscoops that in just a few seconds, this Corvette may have suffered a snapped control arm, a broken mounting point, or even worse. Ouch! 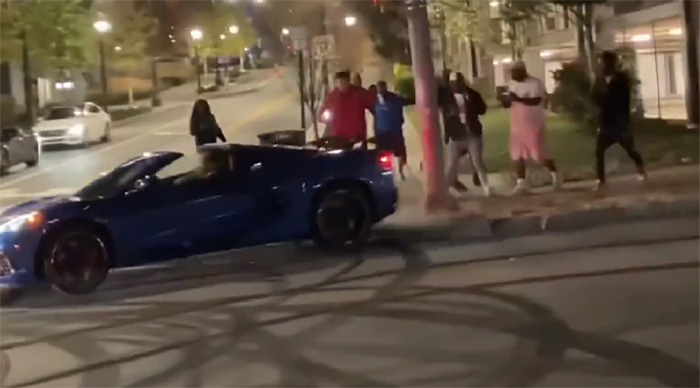 The lesson for others is to always make sure you have enough room to do a donut in the first place, especially in a 495-horsepower supercar like a mid-engine Corvette, and to do it in a place where no one or no car will be hurt.

As one reader on Carscoops summed up the incident: “Somewhere on the Corvette engineering team, someone is crying watching this video. Probably worked late developing a wheel hub, a control arm, an axle….just doing his best to make the Corvette the best he could within the constraints of such a massive bureaucracy as GM. And then some idiot with s— for brains curbs it during a low-iq street drifting event and completely destroys several meticulously engineered components.”