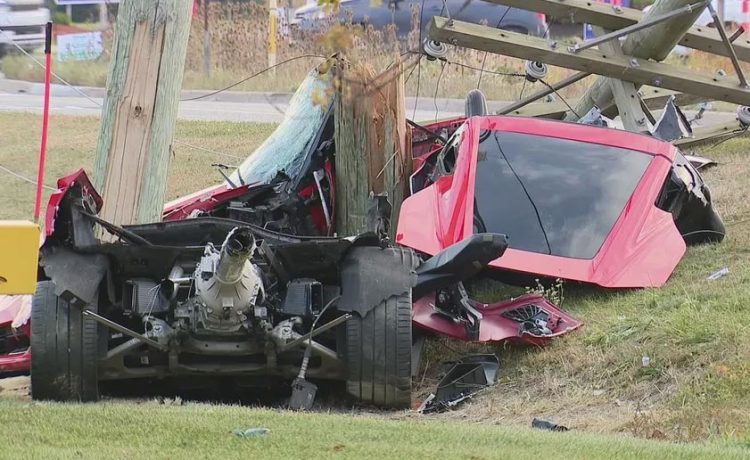 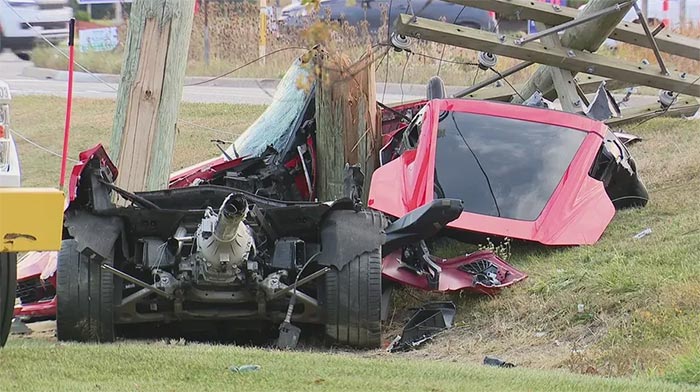 The 34-year-old driver of this Torch Red C7 Corvette Z06 lost his life Tuesday afternoon when his car was split in half after crashing into a utility pole in Macomb County, Michigan, part of northern Metro Detroit.

The accident could have been even worse, however, as the Corvette was said to have been trying to pass a box truck when it slammed into the pole, sending a huge transformer crashing onto the roof and through the windshield of the truck. That driver told Detroit Fox 2 News he too would have been killed if he had been leaning forward instead of sitting up straight. Fortunately, he was thin enough to exit the truck on his own afterwards.

The crash happened about 1 p.m. on Romeo Plank at 26 Mile in Ray Township, an area that has been a problem for years, according to neighbors.

“It’s incredible. It’s incredible, but the speeds around here are pretty high. People are always in a hurry,” said Mary Greet, talking to Fox 2 News at the scene. “It’s just an act of God that anyone made it out.” 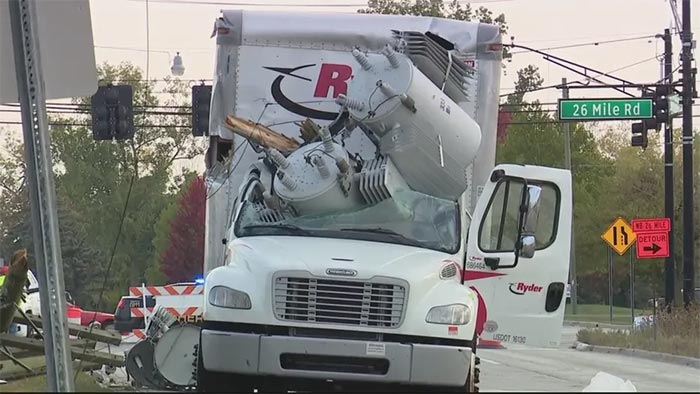 Greet was amazed that the box truck driver avoided being killed in the crash.

“When I saw that, my heart just dropped to my stomach,” Greet said. “I am just amazed that he made it out, that he jumped out of that van like he did.”

The Corvette wound up cut in half, and the mangled vehicle can be seen in the video being hauled away on a flatbed truck several hours after the crash Tuesday night. DTE crews worked for hours to secure downed power lines, though a reporter for Fox 2 News said it is unclear if the truck driver had been at risk of being shocked by the transformer when he exited the vehicle.

The Macomb County Sheriff’s Office is investigating the crash.