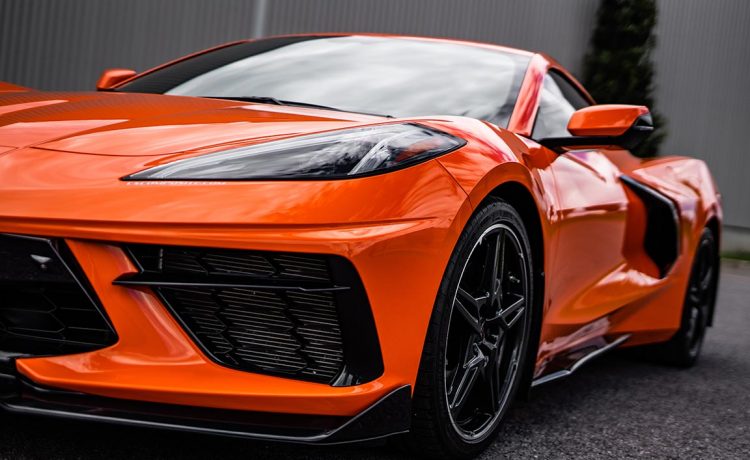 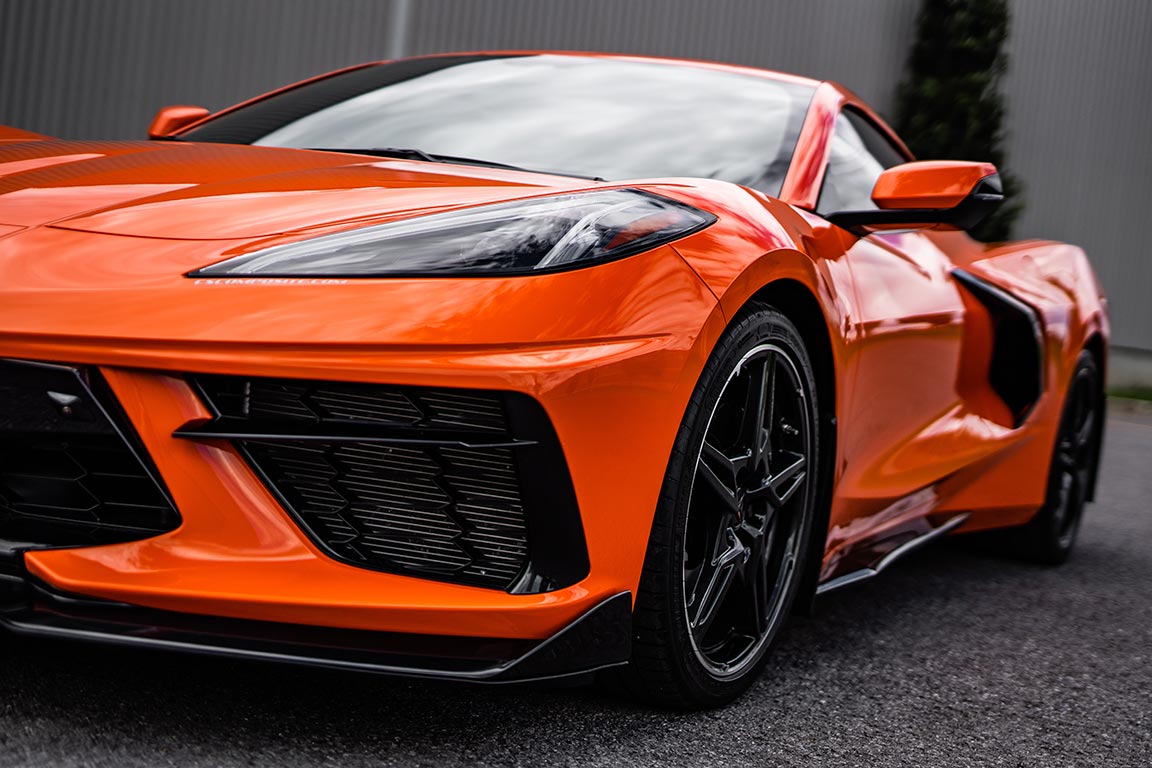 With all the great news coming out about the new 2023 Corvette Z06, it seems our friends at ACS Composite picked a perfect time to release a new side rocker for the C8 Corvette Stingray based on the Z06 design. If you’re looking to bring some of the aesthetics of the C8 Z06 widebody aero to your Stingray, you’ll want to see these new side rockers.

And since we’re talking side rockers for the C8 Corvette Stingray, ACS Composite has two other exciting designs of side rockers ready to ship for your Stingray. We’ll take a closer look at the firm’s 1VM and 5VM side rockers so you can compare them to the new Z06 design. 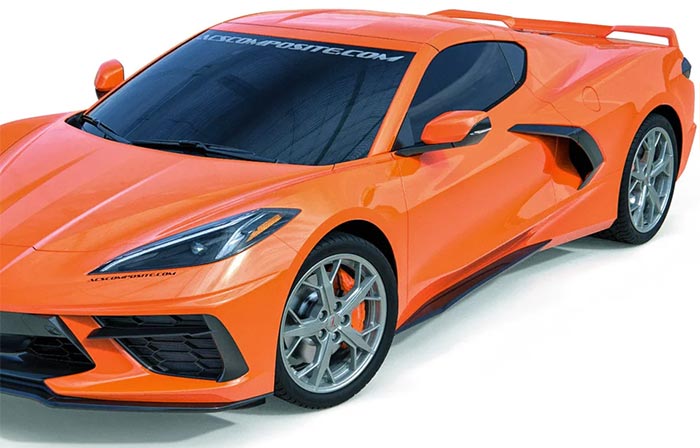 On the new C8 Corvette Z06, everything is bigger and that starts with the aero. ACS Composite’s new C8 Z06 Rockers replicate the same design of the C8 Corvette Z06’s side rockers for your C8 Stingray. These are nearly two inches wider than the OEM Z51 Rockers, and they cover 3/4ths of the side of the car. Finished in Carbon Flash Metallic, the rockers show a notch design and beveled edge like those on the Z06. The larger Z06 Rocker enhances the stance and side profile of the Stingray, and it looks like it absolutely belongs on the car.

ACS Composite manufactures its side rockers using its proprietary PC Composite material that is injected into metal molds. The molds ensure each rocker is perfect right out of the box. PC Composite material is a great fit for the Corvette aero as it’s lightweight but very strong, and the black material hides scrapes and impacts from rock chips. You will also get the added benefit of additional rock chip protection with the wider design of the Z06 rockers over the OEM Z51 rockers. The C8 Stingray Z06 Rockers are finished in a matching Carbon Flash Metallic Black and will match the rest of the C8’s trim pieces. 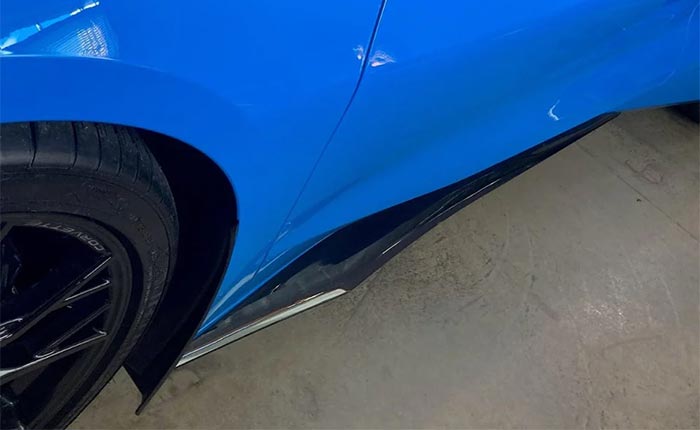 ACS Composite offers an installation video in which you can see how the C8 Z06 Rockers are installed on the C8 Corvette Stingray and how they look once in place. The rockers share the same mounting holes as the OEM Z51 side rocker, and the install process uses six rivets per side and double-sided tape to hold it in place. You can watch Joseph do the installation here:

The new C8 Z06 Side Rocker for the Stingray will begin shipping on November 14th. They are $749 per pair and shipping is free.

1VM and 5VM Side Rockers for the C8 Corvette

The 1VM Side Rockers designed by ACS Composite fills the gap between the OEM Z51 rockers and the more aggressive 5VM rockers with their aerodynamic winglets. Inspired by Corvette Racing’s “barge board” rockers, the flat design of the 1VM rockers offers a functionally purpose-built rocker extension that doesn’t draw away from the overall package. The 1VM Rockers are resistant to high heat and rock chips, while the extended undertray protects the exposed painted portions underneath the C8 Corvette. For those that want a more conservative profile on their C8s without the wings, the 1VM Rockers are the way to go. 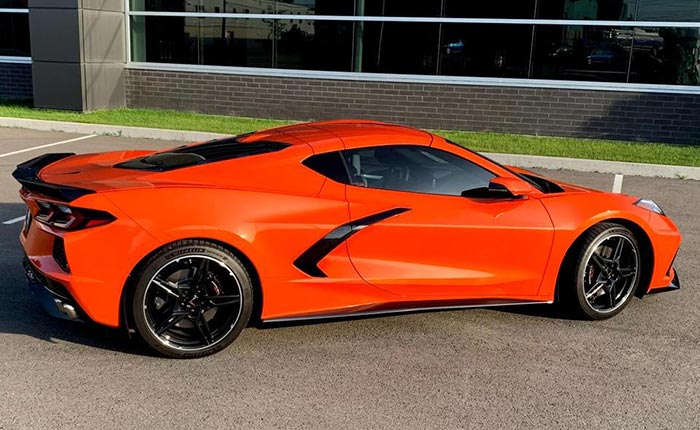 The ACS 1VM C8 Rockers are installed using a supplied rocker bracket and aluminum black split rivets, and unlike the dealer-installed 5VM rockers, there is no drilling into the side of the body required. That makes installing the 1VM rockers reversible, as no drill holes are visible if the side rockers are removed.

If you are in the camp that loves the aggressive posture of the OEM 5VM C8 side skirts with the signature winglets, ACS Composite has improved upon GM’s design with their ACS 5VM Carbon Flash Rockers for the C8 Corvette. Like the 1VM rockers, ACS has created an undertray extension to the side rockers, which offers protection to the rolled painted body panel underneath the C8, and ACS uses a custom-designed rocker bracket that doesn’t require the side hole to be drilled as is the case with the dealer-installed OEM version. 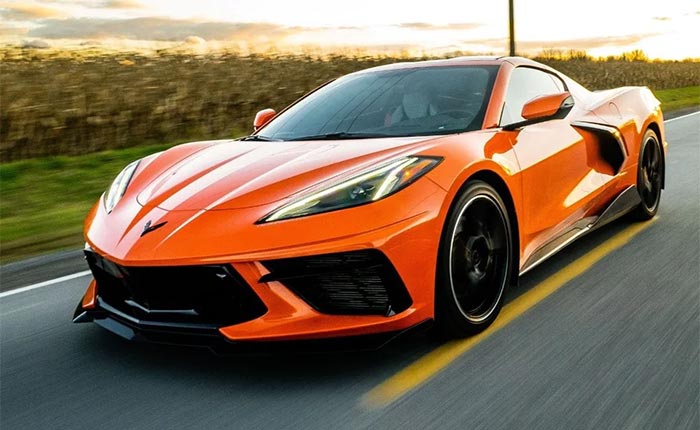 The ACS 1VM and 5VM side rockers for the C8 Corvette are manufactured from ACS Composite’s proprietary PC Composite material, which is designed to withstand extreme temperatures as well as rock strikes projected by the spinning wheels.

ACS offers up an excellent install video that also details the differences between their 1VM C8 Rockers and GM’s 5VM Rocker design and also shows how to remove the OEM Z51 rocker extension before installing the 1VM C8 Rocker.