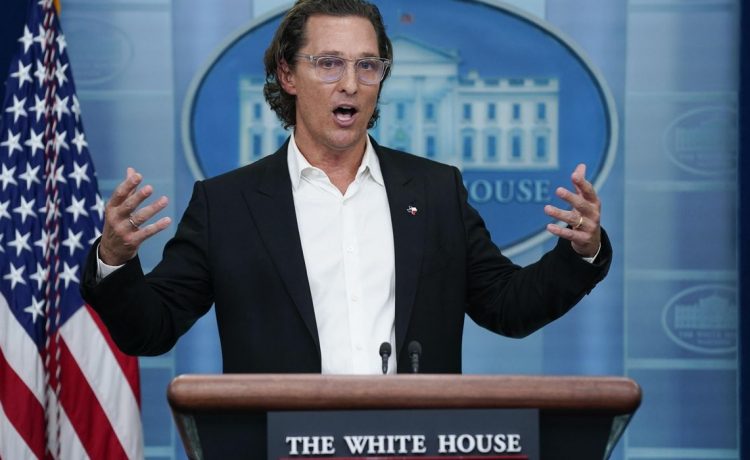 Actor Matthew McConaughey says it would be arrogant of him not to consider running for president sometime in the future.

Speaking last week at a technology conference in the San Francisco Bay Area, Mr. McConaughey told Salesforce CEO Marc Benioff that, with regard to seeking the presidency, he’d “consider it in the future, I’d be arrogant not to,” as first reported by SFGate.

“If I got into any form of politics, I’d be remiss not to also go in as an artist and a storyteller, help put a narrative together,” Mr. McConaughey said. “You’re the CEO of a state and a nation, a lot of compartmentalization and choices to be made. They scare me, but I’m not afraid of ‘em.”

The Oscar-winning actor described his potential entry into politics as an act of destiny rather than a choice.

“If [running for president] happened to me, I would be pulled into it,” Mr. McConaughey said. “If I’m living right, which I’m trying to, we get pulled into things … it’s inevitable. I didn’t choose it, it chose me.”

While acknowledging the polarization in the country, Mr. McConaughey said that the division is being pushed onto the electorate.

Mr. McConaughey flirted with running for governor of Texas last year but ultimately opted not to do so.

He was invited to the White House in May to speak about gun violence following the mass shooting that killed 19 children and two teachers at an elementary school in his hometown of Uvalde, Texas.