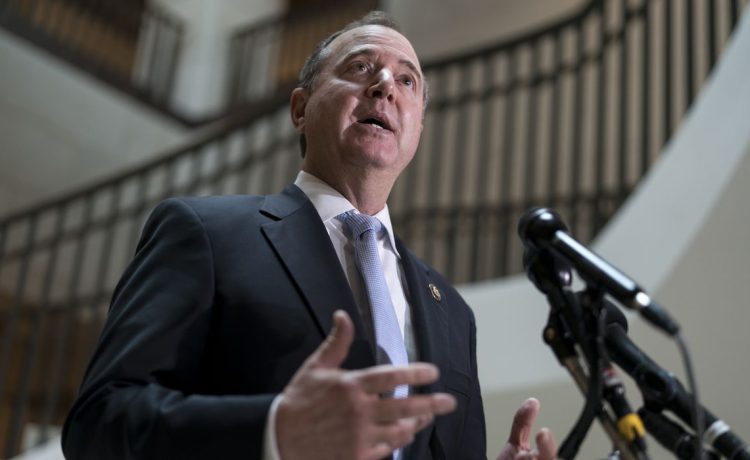 Rep. Adam Schiff, the ranking Democrat on the House Intelligence Committee, accused Republicans on Sunday of hypocrisy in assessing the mishandling of classified documents by President Biden and former President Donald Trump.

The California lawmaker said Mr. Biden “will need to answer” why he only chose to disclose last week the discovery of classified materials in his possession that were found before the November elections, but he argued that Republicans’ plan to investigate the situation unfairly.

Mr. Schiff said requests for information from Republicans like House Oversight Committee Chairman Rep. James Comer of Kentucky “are completely hypocritical when you consider what he said about the Mar-a-Lago situation.”

“I’m going to reserve judgment until [the administration] does. But I think it’s important to point out that the Biden approach was very different in the sense that it looks, as far as we can tell, that it was inadvertent that these documents were in these locations,” Mr. Schiff said on ABC’s “This Week.” “When they were discovered, they were immediately provided to the Archives or to the Justice Department. There was no effort to hold on to them, no effort to conceal them, no effort to obstruct the Justice Department’s investigation. All of that is a very sharp contrast to Donald Trump’s handling of the situation.”

Mr. Schiff went on to say he supports the Department of Justice’s appointment of a special counsel to probe the matter, as was done with Mr. Trump.

“This is a very different matter. But, nonetheless, I think it’s appropriate for special counsel to look into both situations,” he said. “I think Congress ought to handle both situations the same way, and that is we ought to get a briefing from the intelligence community about any potential risks to national security of where those documents were and what they contained. But Congress shouldn’t try to interfere with the investigations.”