Age Ain’t Nothing But A Number 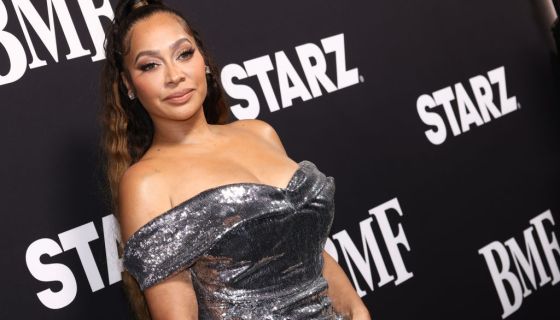 Valentine’s Day is only 38 days away and while you may already have yours, BMF’s newcomer, La La Anthony could be on the outlook for one. 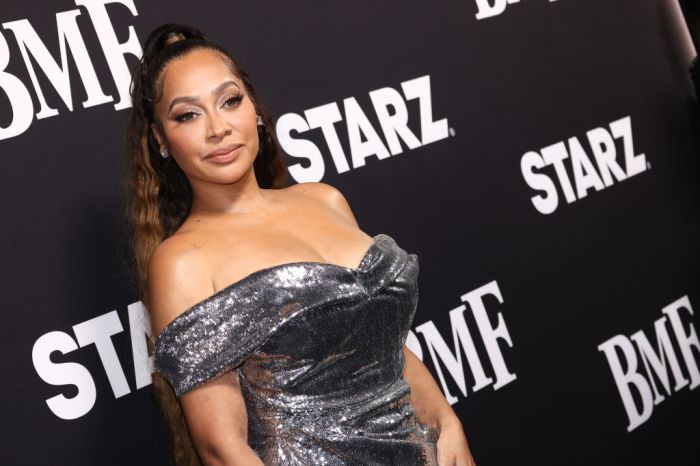 The actress was spotted by TMZHipHop in Hollywood and talked about dating in 2023 and how it’s gone from 22-year-old guys wanting to date her to feeling like “no guys want to date her,” she joked.

She was then asked “what kind of age bracket she wants to date?” her response “age ain’t nothing but a number” — yes, you know exactly what song she’s referring to, the late-Aaliyah‘s 1994 hit written by R. Kelly.

“I prefer whoever is for me.”

I know that’s right, La La. So does that mean La La would be interested in a 20-something you old, since age ain’t nothing but a number?! The Power star said, “If God says it’s for me, I’m good with it. Everybody is different, 22 is a little too young.”

As for you 30-something year olds you may have more luck, she agreed that 34 is a good age for her to date.

The New York-native filed for divorce from Carmelo Anthony in June of 2021, ending 10+ years of marriage. However, she hasn’t let the broken heart stop her from getting to the bag.

She’s starred in 50 Cent’s Power series and more recently his BMF franchise. There’s more, she also plays the role of “Dom” in the Starz show The Chi and has a recurring role in Hulu’s “Wu-Tang: An American Saga”. You could also see her back on your big screen as she’s slated to star in a couple of movies that are on the horizon.

Outside of being a full-time mom, actress and producer, she also spends her time doing philanthropic work with prison institutions like Riker’s Island and works with prisoners weekly.

As a mom she understands the importance of bridging the gap and extending that extra love and care to the youth. Her foundation, La La Land, hosted 350 students ages 6-18 for a night of holiday fun, goodies and cheer.

Yesterday was an amazing day! My heart is so full❤️My foundation, La La Land, hosted 350 students ages 6-18 for a night of holiday fun with music by @suaveluciano and hosted by @whoisparisphillips with surprise performances by @fivioforeign_8fs & @lola.brooke ❤️Thank you to @nycgauchos for allowing us to use your space. NO BETTER FEELING THAN GIVING BACK 🙏🏽❤️HAPPY HOLIDAYS❤️

As a bestie to some of the hottest women in Hollywood like Kim Kardashian, Ciara and Serena to name a few, Miss Anthony is outside and looking delicious every time she hits the gram.

She recently blessed her followers on IG, for the New Year with a photo of her wearing a sheer cover-up over a black mono-kini. Her comment section overflowed with compliments, heart eyes and fire sign emojis.

With everything La La has going for herself one would think dating would come easy but we see it’s hard out here for EVERYBODY.

While she has spoken on the subject matter, she hasn’t declared if she’s looking to get into a relationship anytime soon.

If you’re a fan you can catch her on the new season of BMF which premiered Friday, Jan. 6th. Other new additions to the cast for season two included La La Anthony, Kelly Hu, Leslie Jones, City Girls’ Yung Miami, Mo’Nique, and Jalen Rose.