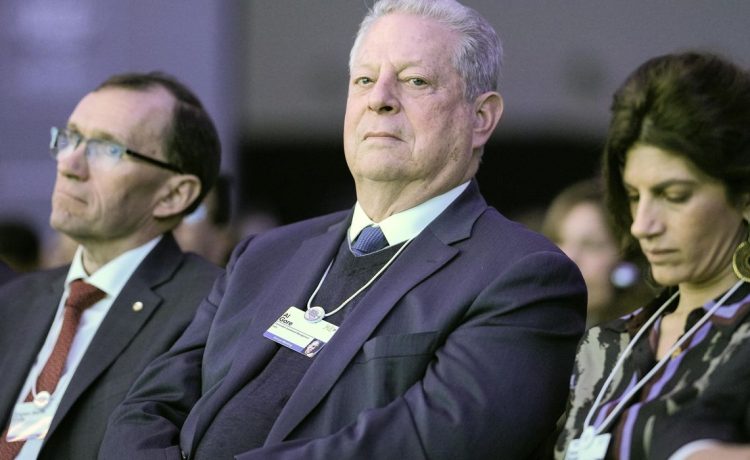 Former Vice President Al Gore applauded Greta Thunberg Wednesday for the 20-year-old climate activist protesting a coal mine expansion in Germany that led to her being detained by police.

Mr. Gore argued to global elites gathered at the annual World Economic Forum in Davos, Switzerland, that climate change — a major theme of this year’s event — is increasingly dividing the world between older and younger generations.

“We’ve heard about divides at this conference between the north and south and the east and west. There’s another divide increasingly between those who are old enough to be in positions of power and the young people of this world,” Mr. Gore said. “Greta Thunberg was just arrested in Germany. I agree with her efforts to stop that coal mine in Germany. Young people around the world are looking at what we’re doing.”

Ms. Thunberg and other protesters were detained for the second time on Tuesday amid mass climate demonstrations against the expansion of a coal mine in the small western German town of Lutzerath. Photos and videos of the Swedish woman’s detention showed her smiling while being carried by German officers donned in riot gear. She is reportedly not facing criminal charges and was released after being relocated from the project site.

“Yesterday I was part of a group that peacefully protested the expansion of a coal mine in Germany. We were kettled by police and then detained but were let go later that evening,” Ms. Thunberg wrote on Twitter. “Climate protection is not a crime.”

The town, which was vacated in recent years in preparation for the mining project, is set to be demolished as part of the expansion.
Mr. Gore criticized the sluggish global transition to clean energy and called on world leaders and the private sector to combat the fossil fuel industry.

“We are not winning,” he said. “The crisis is still getting worse faster than we are deploying these solutions.”