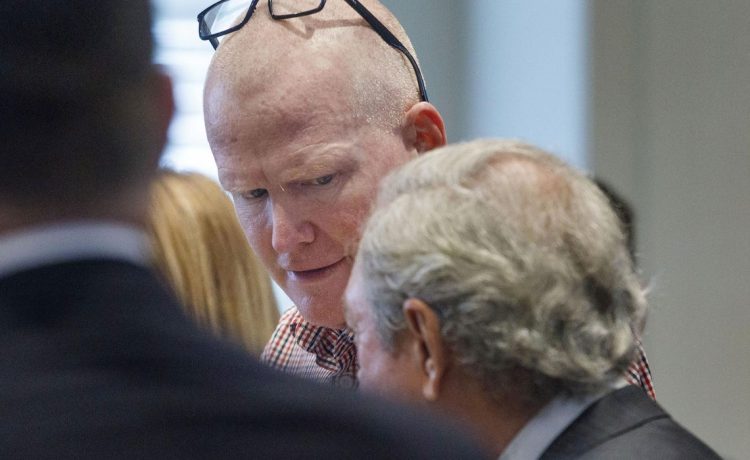 COLUMBIA, S.C. — State prosecutors will not seek the death penalty for Alex Murdaugh when the disbarred attorney appears in court next month for a double murder trial that has drawn international attention.

“After carefully reviewing this case and all the surrounding facts, we have decided to seek life without parole for Alex Murdaugh,” South Carolina Attorney General Alan Wilson said in a statement Tuesday.

Murdaugh faces murder charges in the June 2021 shooting deaths of his wife and son. The scion of a prominent legal family has pleaded not guilty and repeatedly denied any involvement in the slayings.

Murdaugh’s legal team welcomed the move, noting in a statement that the decision removes the impediments to beginning the trial on the scheduled start date of Jan. 23 that a death penalty case would have likely brought.

A grand jury recently indicted Murdaugh on nine counts of tax evasion, adding to the dozens of charges handed down since his family’s deaths.

Prosecutors earlier this month revealed Murdaugh’s alleged motive in a bid to get evidence of Murdaugh’s alleged financial crimes admitted into the trial. Prosecutors said Murdaugh killed his wife and son last year to gain sympathy and distract others from years of alleged financial misdeeds. The impending revelation of those crimes – which allegedly lined Murdaugh’s pockets with nearly $9 million stolen from poor clients to maintain his painkiller addiction – were about to sink his reputation, according to the prosecutors.

The defense has asked the judge not to allow evidence related to the alleged motive. They argue such evidence only serves to convince the jury that Murdaugh was a bad person who would commit a crime as awful as killing family members.