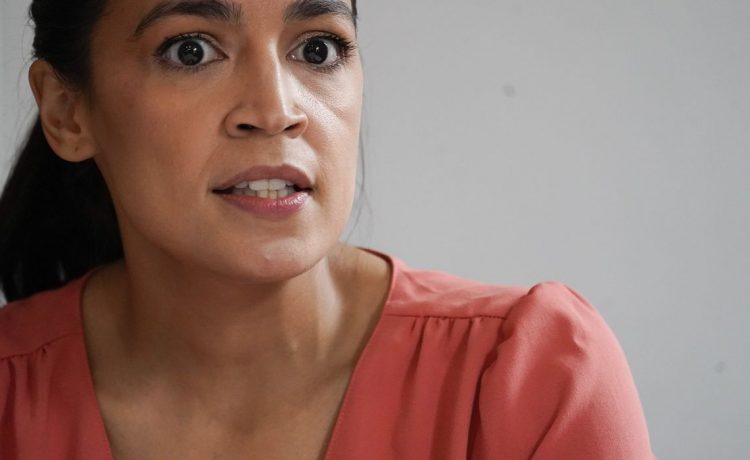 Rep. Alexandria Ocasio-Cortez is ripping Supreme Court Justice Samuel Alito for a sarcastic swipe he took at overseas critics of the high court’s ruling that overturned the Roe v. Wade national right to abortion, a decision he wrote.

“The Supreme Court is in a legitimacy crisis,” Ms. Ocasio-Cortez tweeted (https://twitter.com/AOC/status/1552776330273513474?s=20&t=nTfXXA1csGW-VQEGFOK17g) alongside a video excerpt of Justice Alito’s remarks (https://www.youtube.com/watch?v=uci4uni608E) at a recent meeting in Rome organized by the University of Notre Dame’s law school. His keynote address was posted online Thursday.

“Remember: it was Alito’s opinion that leaked. That fact paired with his politicized remarks below should be alarming to anyone.”

“Over the last few weeks since I had the honor this term of writing, I think, the only Supreme Court decision in the history of that institution that has been lambasted by a whole string of foreign leaders who felt perfectly fine commenting on American law,” he said.

Justice Alito noted “one of these was former Prime Minister Boris Johnson, but he paid the price,” referring to Mr. Johnson’s decision to step down because of several scandals and widespread criticism from his own party.

The duke is Prince Harry, a grandson of Queen Elizabeth II. The prince lives in California after stepping away from his duties in the British royal family.

The bulk of Justice Alito’s remarks in his keynote address centered on his concerns about religious liberty.

“Religious liberty is under attack in many places because it is dangerous to those who want to hold complete power,” he said. “It also probably grows out of something dark and deep in the human DNA — the tendency to distrust and dislike people who are not like ourselves.”

In her Twitter posting, Ms. Ocasio-Cortez, also raised concerns about the status of the investigation into the leak of Justice Alito’s draft opinion, which Chief Justice John G. Roberts Jr. ordered shortly after the May 2 leak.

“Chief Justice Roberts has a responsibility to share the progress & results of SCOTUS’ leak investigation,” she wrote.

The leak of the draft decision sparked nationwide outrage from pro-choice supporters angered by the forecasted outcome and from those astonished by the unprecedented premature release of a Supreme Court draft opinion.