All The Ways Chadwick Boseman’s Legacy Was Preserved In ‘Black Panther: Wakanda Forever’ 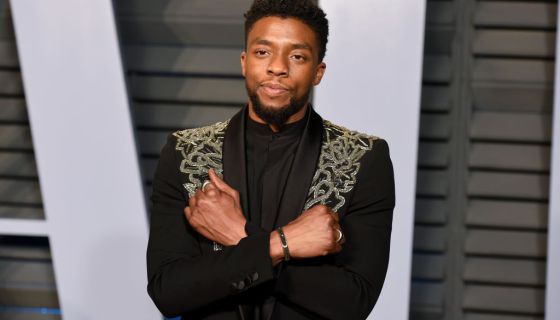 It’s been nearly five years since Black Panther was released, and now, the wait for the highly-anticipated sequel is almost over. 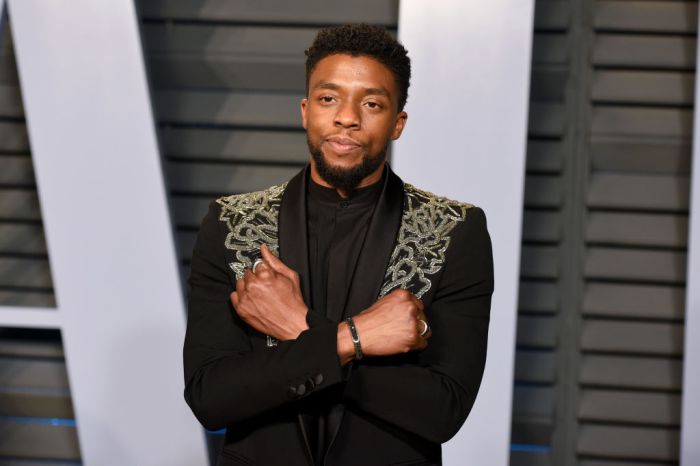 Black Panther: Wakanda Forever is coming to theaters this week, and while there are a lot of reasons fans are excited for the film, the biggest one is to honor the first film’s late star, Chadwick Boseman.

Throughout the planning, writing, and filming process, Boseman and his character, T’Challa, were at the top of everyone’s mind, with those working on the movie doing everything they could to honor his legacy. Check out some of the biggest ways those closest to Chadwick made sure his memory was properly tended to.

Not Recasting The Role Of Black Panther

Of course, the biggest thing the film’s cast and crew did to honor Boseman was not recast his role as Black Panther, giving fans and closer friends and family time to mourn the loss.

“It just felt like it was much too soon to recast,” Marvel Studios President Kevin Feige said in an interview with Empire. “Stan Lee always said that Marvel represents the world outside your window. And we had talked about how, as extraordinary and fantastical as our characters and stories are, there’s a relatable and human element to everything we do. The world is still processing the loss of Chad. And Ryan poured that into the story.”

Saving His Number On The Call Sheet

Another thing the cast did to honor the late actor, according to Winston Duke, was saving Chadwick’s number on the call sheet throughout the entire filming process.

“On set, we never had a number one on the call sheet,” Duke revealed in an interview with Entertainment Tonight last week. “It started at number two because, Chadwick, we saved a space for him the entire time.”

He continued: “I always say that in death, the struggle is finding ways to hold onto people. In life, it’s how to let go of people, whether they’re good for you or not. In death, it’s how do you hold on, and we hold onto him in our hearts, in our work, in how we approach life moving forward.”

Tackling Grief In The Film

In another interview with Michaela Coel, she and Duke talked more about how the film honors Chadwick’s memory, revealing that the film itself is about the same grief we’ve experienced over his passing in real life.

“It’s about grief. The movie is deeply about grief and how hard it is and that it’s messy. It’s not easy, there’s no beautiful, pretty, perfect way through and you’re changed forever from it,” he revealed on the Graham Norton Show. “All the characters you know and the entire culture of Wakanda, the Wakanda that you all grew to love is now changed because of this huge loss.”

When it came time for the film’s premiere, the cast knew they had  to do something special to fill the hole of Boseman’s undeniable presence. To pay tribute to the late legend, director Ryan Coogler along with the film’s stars Angela Bassett, Letitia Wright, Lupita N’yongo, Winston Duke, Danai Gurira, Dominique Thorne, Michaela Coel, and Tenoch Huerta all honored Chadwick with their outfits.

“It was a necklace that I had made while we were getting ready to start filming because I wanted to keep him close to me,” Coogler revealed to Good Morning America on the purple carpet.

Taking things to the next level, Letitia Wright wore an outfit that looked almost identical to Boseman’s look at the 90th Academy Awards.  At the world premiere, the actress who  plays Shuri in Wakanda Forever spoke about filming the sequel without Boseman’s there.

Lupita N’yongo–who plays Nakia, formerly the romantic interest of King T’Challa in Black Panther–also wore white for the premiere. While speaking with Access Hollywood, she reflected on Boseman’s life and how she continues to honor it.

“You know since he passed, as much as I’ve worked at saying goodbye, I’ve never let him go,” she said. “So I feel like for me, I came with him to that set and I left with him.”

And one of the biggest way the Black Panther: Wakanda Forever has honored Chadwick Boseman’s legacy is with a tribute song by none other than Rihanna. Tems, who co-wrote “Lift Me Up” with Rihanna, Coogler, and producer Ludwig Göransson, spoke about the song’s intention in a press statement.

“After speaking with Ryan and hearing his direction for the film and the song, I wanted to write something that portrays a warm embrace from all the people that I’ve lost in my life,” Tems said. “I tried to imagine what it would feel like if I could sing to them now and express how much I miss them. Rihanna has been an inspiration to me so hearing her convey this song is a great honor.”

It’s safe to say the film is going to be an emotional rollercoaster for everyone watching. Black Panther: Wakanda Forever hits theaters this Friday, November 11.