Amanda Seales is taking her talents to syndicated radio. 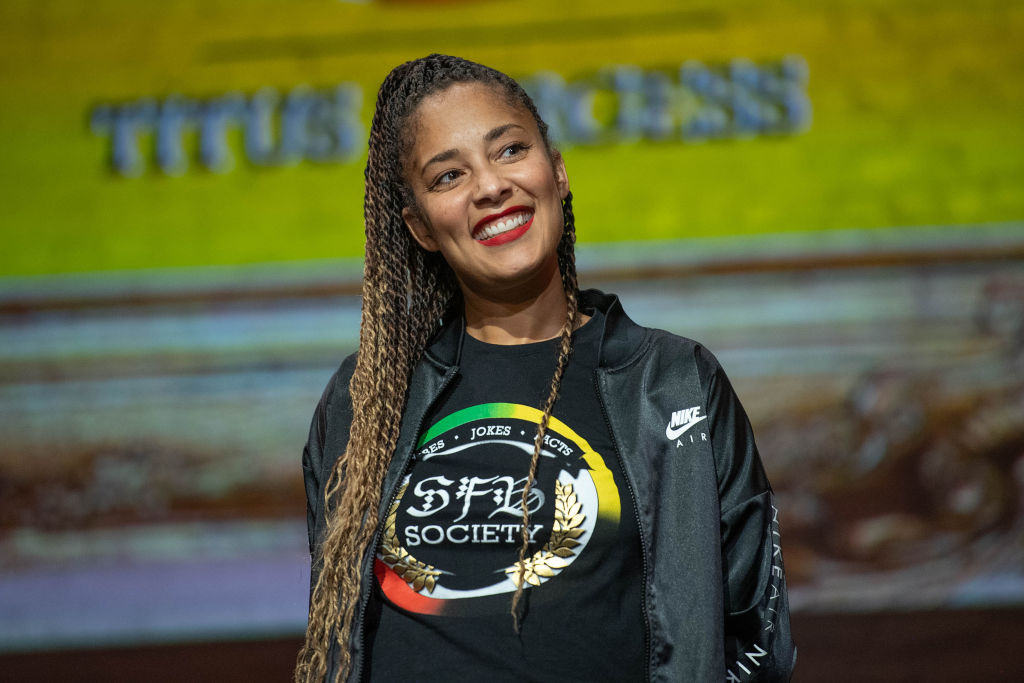 The multi-hyphenate recently announced her new syndicated radio show with Radio One and Reach Media. Her show, titled “The Amanda Seales Show” and accompanying podcast premieres November 7th on WRNB 100.3FM Philadelphia. It will also be available to additional radio stations.

“I am beyond excited to be partnering with Radio One and Reach Media to launch The Amanda Seales Show,” siad Seales in a statment. “After years of sticking with my brand of comedy and academy to cultivate a community, this feels like more than an opportunity, but a purpose-filled possibility to empower and change minds using humor to translate the truth,” said Seales.

In her latest interview with Tamron Hall, Amanda discussed the gems she’s picked up along the way, her current tour, “Black Outside Again.”, Ye’s latest antics, and the significance of her partnership with Radio One.

When Tamron asked Amanda about her excitement for the following things to come in her career, Amanda made the special announcement live for Tamron’s #TamFam.

“I am announcing today that I am beginning a syndicated radio show with Radio One” said Seales on “The Tamron Hall Show” before hitting a celebratory Bankhead bounce.

Amanda, who started her career in Hollywood in the early 1990s as a child actress, added;

“Radio One has shown up right from the beginning, and that means so much for so many reasons. It’s a black owned company. So that means so much on that level. Also as a black woman, as somebody who’s been in this industry as long as I’ve been, it’s so nice to not have to fight for what you deserve”.

Amanda has built her career on fighting to bring culture to the community whether it’s via her unapologetic social media posts, her podcast “Small Doses”, or her hilarious variety show “Smart, Funny, Black” which brings black people together in a head-to-head battle of wits that tests their knowledge of black history, black culture, and the black experience.

She even brought a “small dose” of “Smart, Funny, and Black” to Tamron where she tested the host’s knowledge of Black slang.

During the hilarious segment, Amanda asked Tamron about Black colloquialisms and the region they originated from. Tamron who hails from Texas but has lived in New Orleans, Philadelphia, and New York did surprisingly well identifying the words “Jawn” and “Whoadie”  and only missed the NY slang term, “Yerrrrrrr.”

The Amanda Seales Show will be available wherever you get your podcasts on Nov. 7th!