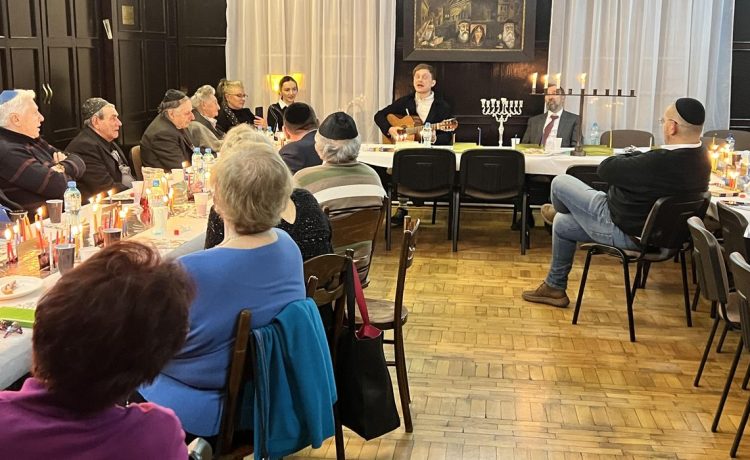 America’s Jewish community is supporting relief efforts for 43,000 people in Ukraine and more than 40,000 refugees in neighboring countries as well as globally, relief officials said Tuesday.

Those efforts include the delivery of more than 800 tons of humanitarian aid in Ukraine and nearby, as well as long-term care for thousands of Jewish refugees, they said.

Inna Vdovichenko, external affairs director for the American Jewish Joint Distribution Committee (JDC) in Odesa, Ukraine, said that unlike traditional Hanukkah celebrations in which a candelabra called a menorah is lit nightly to commemorate an ancient miracle, Jews and others in the war-torn nation are seeking another kind of light.

She said the most prevalent sound in her city in the evening is that of gasoline-powered generators installed in apartment blocks and homes.

“The generators are everywhere,” Ms. Vdovichenko said. “We have been experiencing very bad power cuts that last from a few hours to a few days, in our houses and apartments. … You kind of lose hope.”

But community centers supported by donors in the U.S. and elsewhere have generators, providing light and heat, she said.

SEE ALSO: Putin’s war is a disaster, but peace talks not in the offing, says CIA chief William Burns

She said donations also help fund programs for seniors as well as for children and young adults with special needs. Aleksander, a 98-year-old veteran of World War II, came with his wife to a senior’s event, Ms. Vdovichenko said.

JDC support, she said, meant 100 families could gather for a spiritual retreat called a “Shabbaton,” notable not only for taking place during wartime, but also for being one of the first such gatherings since COVID-19 restrictions took hold.

A female participant told Ms. Vdovichenko of being able to stay in warm rooms with heating. She said they were able to eat hot food, but most importantly to reunite with others after months of isolation.

In Odessa alone, the JDC representative said, the group’s charity arm serves about 7,000 members of the Jewish community in a geographic area roughly the size of the state of Israel. The JDC also helped 9,000 Jewish community members to evacuate from Ukraine over the course of the war.

“I don’t think any of us imagined that the war would be going on this long or would be this bitter,” Eric Fingerhut, president and CEO of the Jewish Federations of North America, said in an interview. The federation and its member groups are among the organizations funding JDC programs.

Mr. Fingerhut noted the rituals of Hanukkah center around celebrating light, something needed not only in winter everywhere but especially in Ukraine, where power cuts are rampant.

“The theme of bringing light into the darkness is very, very strong,” he said. “This is one of the most recognized rituals in Jewish life. It links them to Jews around the world who are all lighting the same candles, saying the same blessings and singing the same songs.”

Since the Russian invasion of Ukraine in February, Jewish Federations say they have raised $84.2 million for Ukraine aid. Donations support emergency operational costs, temporary housing and transportation costs, security, humanitarian support and trauma and medical relief, as well as immigration and absorption in Israel for those Ukrainian Jews who choose to relocate.

“It’s just been an extraordinary effort, and [a] statement of generosity,” Mr. Fingerhut said. “Most of that money — almost all of it — has been deployed into the region, and to bring people out, support them as refugees, and to continue to bring humanitarian relief into Ukraine.”

Ms. Vdovichenko said this year, “Hanukkah is a real holiday of light and miracles. It is a miracle [that] we are continuing to work, to support, and we hope for more miracles to come.”

Asked what she hoped to see by the time of Hanukkah in 2023, she said it would be “for us to become closer in person and just for people to be happy with no more fighting.”