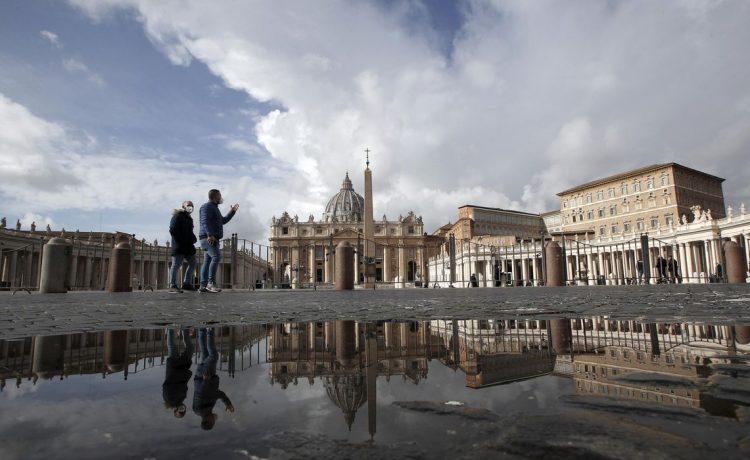 An American tourist in Vatican City was arrested Wednesday, accused of damaging two Roman busts after he was told he couldn’t meet Pope Francis, according to Italian media.

The unidentified man in his 50s was visiting the Museo Chiaramonti when he demanded to see the pope, according to Italian newspaper Il Messaggero.

Museum staff told him that wasn’t possible, so the man, local authorities say, proceeded to throw one bust on the ground and then threw another one down as he ran away from security.

The man was eventually apprehended by security. He was first handed over to Vatican police and then to Italian authorities.

Matteo Alessandrini, a spokesman for the Vatican Museums, told CNN that the busts only suffered minor damage.

“One lost part of a nose and an ear, the head of the other came off the pedestal,” Mr. Alessandrini told the network. He added that restoration work had already begun and the busts will soon be back in their proper place.

Crimes committed in Vatican City are usually prosecuted and punished by Italy’s secular authorities at Vatican expense.
Tourists have been particularly unruly in Rome over this summer.

A pair of American tourists caused more than $26,000 of damage to the Spanish Steps in June when they threw an electric scooter down the landmark, according to the New York Post.

CNN reported that a Saudi man drove his Maserati down the Spanish Steps as well, and that a Canadian tourist was also caught carving her name into the Colosseum in July.