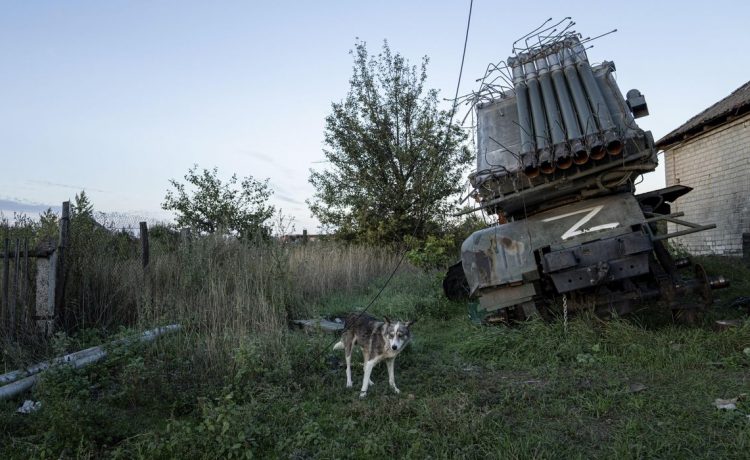 Leaders of breakaway regions of Ukraine that have aligned themselves with Moscow are pleading to be formally annexed by Russia, as forces loyal to Kyiv continue reclaiming territory occupied by the Kremlin since the invasion more than six months ago.

Analysts say calls for Russia to formally absorb the self-described Donetsk and Luhansk People’s Republics suggest that Kyiv’s ongoing counter-offensive in the north is causing panic among some leaders of Moscow’s proxy forces in Ukraine and decision-makers in the Kremlin.

But Moscow does not control all of the territories inside Ukraine’s disputed Donbas region.

“Partial annexation at this stage would also place the Kremlin in the strange position of demanding that Ukrainian forces unoccupied ‘Russian’ territory and the humiliating position of being unable to enforce that demand,” according to analysts at the D.C.-based think tank Institute for the Study of War.

Dmitry Medvedev, deputy chairman of the Security Council of Russia, said it was “essential” to bring the eastern regions of Ukraine into the Russian Federation.

A close ally of President Vladimir Putin, Mr. Medvedev, himself a former president, said the move would cause the “geopolitical transformation” in the region to “become irreversible,” The New York Times reported.

U.S. officials have said a vote for Luhansk and Donetsk to be absorbed into Russia would be illegal and a direct violation of Ukraine’s sovereignty.

Any talk about annexing Ukrainian territory into the Russian Federation was little more than a “sedative” for Kremlin officials trying to make sense of their battlefield losses at the hands of Ukraine, said Mykhailo Podolyak, a senior adviser to President Volodymyr Zelenskyy.

“There is global consensus and international law. It is unambiguous — Donetsk, Luhansk (and) Crimea are Ukraine. Any attempts to repaint flags are a fiction that will not change anything for us nor for our partners,” Mr. Podolyak tweeted. “Meanwhile, the armed forces (of Ukraine) are calmly and methodically de-occupying territories and eliminating enemies.”