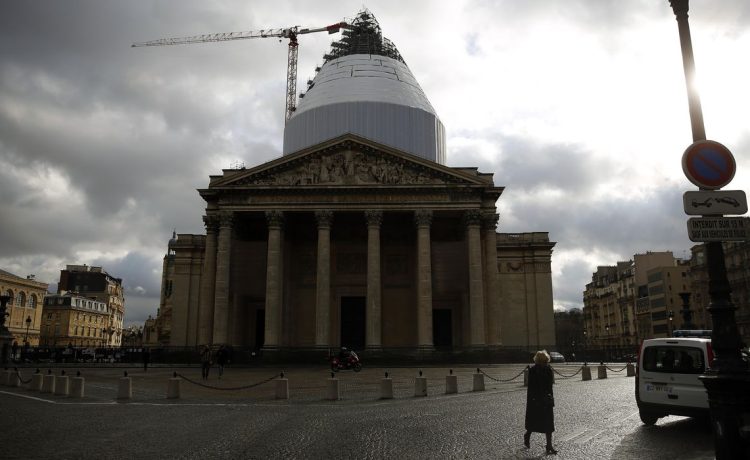 A new study appears to have cracked the code on why ancient Roman architecture such as the Pantheon and certain still-functioning aqueducts are so durable: self-regenerating concrete.

Researchers at the Massachusetts Institute of Technology, Harvard University and in Italy and Switzerland found that the Romans used a process called “hot mixing,” which causes the concrete to recrystallize automatically when cracks start to form.

Hot mixing took place because lime clasts — white minerals that are roughly a millimeter in size and created by extreme heat — turn into calcium carbonate when they come into contact with water.

Lime clasts have long been observed in the quicklime, or calcium oxide, that was a mainstay of the Roman empire’s concrete mixtures.

However, the researchers said in the study published Friday in the journal Science Advances, most academics had previously seen the lime clasts as an impurity in the mixture that couldn’t be filtered out.

This study found that the hot-mixed quicklime meshed with the volcanic ash-based materials also used in the concrete mix and would reinforce the structure, which researchers said helped it automatically heal cracks before they could spread.

“First, when the overall concrete is heated to high temperatures, it allows chemistries that are not possible if you only used slaked lime [a paste-like version of lime], producing high-temperature-associated compounds that would not otherwise form,” he said.

“Second,” he added, “this increased temperature significantly reduces curing and setting times since all the reactions are accelerated, allowing for much faster construction.”

Researchers replicated the reaction by creating samples of hot-mixed concrete, deliberately cracking them, and then running water through the cracks.

The chunk of concrete made with quicklime had its cracks completely healed within two weeks. The chunk without it, on the other hand, allowed water to continue flowing through it.

The study is titled “Hot mixing: Mechanistic insights into the durability of ancient Roman concrete.”