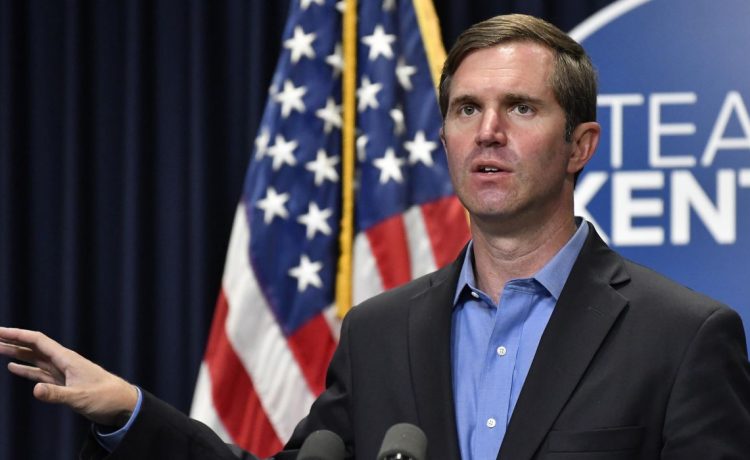 The Democratic governor signed an executive order declaring a state of emergency in response to gas prices hovering close to $5 per gallon. His action activated Kentucky’s price gouging laws.

With his action, Kentucky consumers can report suspected price gouging at the pump to state Attorney General Daniel Cameron’s office.

Beshear said “every little bit helps” in trying to offer relief to consumers reeling from soaring fuel prices. He acknowledged a governor’s options are limited in dealing with global economic unrest.

Cameron responded by urging Kentuckians to alert his office about any signs of price gouging.

But the hot-button issue reflected the political tension between the Democratic governor and the Republican attorney general who wants his job.

Beshear wrote to Cameron in early June asking if the topic of gas prices warranted investigation.

Cameron told Beshear that issuing a state of emergency would offer “minimal – if any – additional relief” to Kentuckians. But he pledged to fully enforce the price gouging laws.

“I believe strongly that even minimal relief is better than no relief,” the governor said.

Cameron’s letter said his office had already been monitoring gas prices in Kentucky, and that 263 complaints had been logged with his office since the start of 2022.

It’s the kind of give-and-take that Kentuckians can expect as the political banter heats up going into the 2023 statewide elections in the Bluegrass State. Cameron is among several candidates seeking the GOP nomination for governor next year, when Beshear will seek a second term.

The governor has taken other steps to try to offer relief to Kentuckians battered by rising prices.

Beshear recently took action to freeze Kentucky’s gas tax, preventing a 2-cent-per-gallon increase that would have taken effect July 1. The action is expected to save Kentuckians an estimated $35.4 million. In February, the governor took executive action to grant relief to Kentucky taxpayers hit with pandemic-related increases in their vehicle property tax bills.

The governor said Thursday that Kentucky’s unemployment rate has fallen to historic lows in back-to-back months. And the state has the fewest number of residents drawing unemployment benefits since 2000, he said.

“This announcement is not the result of press conference promises or ceremonial actions, but rather the hard work, difficult decision making, and forward-thinking leadership of legislators who know firsthand how heavy-handed government overreach harms the people of Kentucky,” Osborne said.

“Governor Beshear loves to say Kentucky’s economy is on fire, and thanks to the Biden-Beshear agenda, nothing could be more true,” Southard said in a statement.