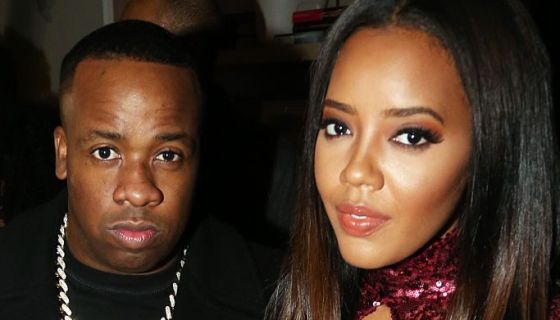 Like the adage says, “if you want it, speak it into existence.” 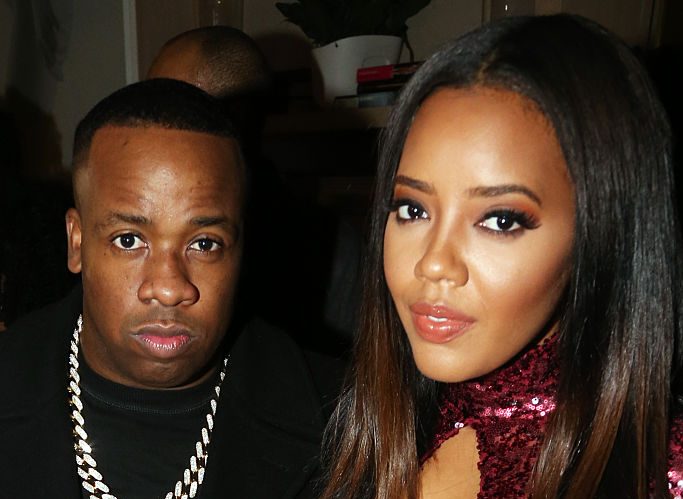 Master manifestor and Memphian, Yo Gotti, did just that and it appears that all he wanted has finally come to fruition. The CEO seems to have finally coupled up with his long-time crush, Angela Simmons.

It all started when Gotti bodly shouted out Angela Simmons in his song, Down in the DM. He rapped,

It was a bold move but as a Southerner, Gotti knows “closed mouths don’t get fed”. Many fans commended him for confidently shooting his shot.

The “Doing 2 much” rapper felt he needed to go beyond this public confession of adoration and sent flowers to the 35 year old during her Foofi and Bella faux fur launch.

While on a press run with her Growing Up Hip Hop castmates, she was asked if she was flattered when the music exec sent her the flowers. She responded,

It seemed as if the Pastry Footwear co-founder wasn’t really interested – shot deflected.

“I did tell Gotti thanks for the shoutout, I was very flattered. He showed up to my faux fur launch and that’s where he sent the flowers actually and it was very sweet of him.”

Their love didn’t flourish at the time and fans’ hopes of the two becoming a pair quickly fizzled.

She later entered a relationship with businessman, Sutton Tennyson who is the father of her son, Sutton ‘SJ’ Joseph. The couple eventually got engaged but ended their relationship amid infidelity rumors.

Tragically in 2018, Tennyson’s lifeless body was found in his Atlanta driveway. According to TMZ, he was shot 13 times after an argument ensued with Michael Williams who is currently serving life in prison for the slaying.

The mom mourned on social media,

“Thank you for leaving behind my greatest gift . I’m hurting . I’m numb. Thank you for the out pouring of love everyone . I cant believe I’m even saying Rest In Peace Sutton . I promise to hold SJ down in every way I promise ❣️”

In September, Angela made an appearance on the Tamron Hall Show where she shared that her now 6 year old son is ready for her to find herself a husband and him a father.

“He’s like, are we ever going to get married? Is someone going to marry us? This was a touching conversation because he told me ‘I know my dad is heaven and I’m gonna always have two dads because I know my dad will be my dad, but mommy when can we have someone? When will somebody be there for us?”

I guess Gotti decided to put in his bid – a clip began to circulate of the Collective Music founder at Angela’s 35th birthday. In what appeared to be a club, Rev Run’s daughter danced and rapped the lyrics to “Down in the DM’ as Gotti cooly sat adjacent to her.

This wouldn’t be the last time the two would be seen together. In October, social media users’ investigation skills produced “evidence” that the two likely vacationed in Paris and Dubai together.

They were eventually captured in public spaces together.

The socialite continued to fuel rumors of her romance with Gotti when she appeared at his mom’s birthday bash.

Angela posted a pic lovingly gazing at a man whose face was covered with a huge heart emoji. The text on the post read, “forever mood”.

Fans speculated her not-so-secret lover was Tennessee’s own and shared their happiness for the union.

North Memphis rapper, Yo Gotti is proof that if you shoot your shot, you can get that “W”. Granted the ball he captupilated traveled midair for six years but what’s important is that in the end he heard that sweet “swish” sound.

Sometimes you gotta put in work for what you want and good girls like Angela Simmons are undoubtedly worth the wait.