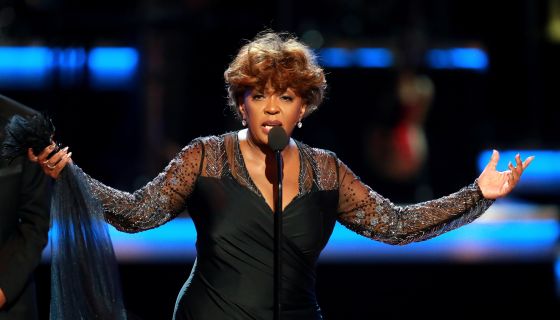 Auntie Anita is going on tour!

8-time Grammy-winning legend Anita Baker is going on a special run of live dates where she’ll be performing her classics live for the first time since winning back the rights to her masters.

The Songstress’ first full tour since 1995 (produced by Live Nation) kicks off on February 11th at Hard Rock Live in Hollywood, FL with stops across the U.S. including Atlanta, Baltimore, Houston, and more before wrapping up in Oakland’s Oakland Arena on December 23rd.

The tour celebrates Baker’s 40 years as a music icon in the industry that changed forever with the release of her debut album The Songstress in 1983.

“Looking forward to some crazy, lovely, hang time with my fans, on tour in 2023!! she said. “Gonna, bring some new music & some special guests, too.” -ABXO🎼

Joining Baker on tour is Babyface who will have the ladies swaying and swooning at shows that will surely be a vibe.

Born in Toledo, Ohio and raised in Detroit, Michigan, Baker reigned supreme at the height of the quiet storm era in the 1980s.

Starting her career in the late 1970s with the funk band Chapter 8, Baker released her first solo album The Songstress in 1983.

In 1986, she rose to stardom with the release of her platinum-selling second album Rapture featuring the Grammy-winning single “Sweet Love.”