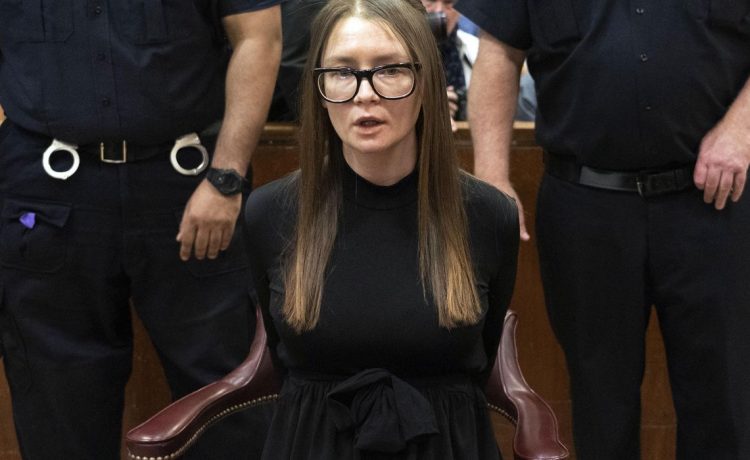 NEW YORK — A woman whose exploits posing as a German heiress to scam individuals and financial institutions out of hundreds of thousands of dollars inspired a Netflix series is being released from immigration custody.

This week, a judge had cleared the way for Sorokin to be released to home confinement while she fights deportation. Under conditions imposed by Manhattan Immigration Judge Charles Conroy, she must post a $10,000 bond, provide a residential address where she’ll stay for the duration of her immigration case and refrain from social media posting.

Posing as Anna Delvey, Sorokin managed to ingratiate herself with New York’s movers and shakers, claiming she had a $67 million (68 million euros) fortune overseas, according to prosecutors. She falsely claimed to be the daughter of a diplomat or an oil baron.

After Conroy issued his order, Sorokin’s attorney, Duncan Levin, said in a statement that Sorokin “is thrilled to be getting out so she can focus on appealing her wrongful conviction.”