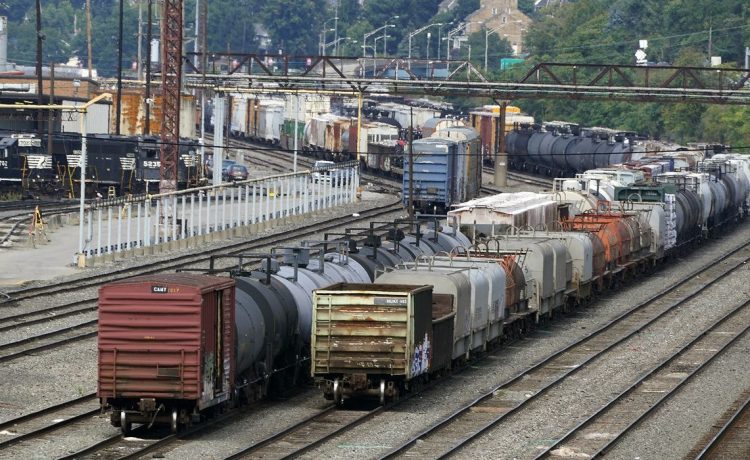 OMAHA, Neb. — A third railroad union has rejected its agreement with the nation’s freight railroads, increasing the chances that Congress may be called upon to settle the dispute and block a strike.

The small International Brotherhood of Boilermakers union on Monday voted down the contract even though it includes the biggest raises workers have seen in more than four decades. The union represents just a few hundred of the roughly 115,000 rail workers involved in the contract dispute with Union Pacific, Norfolk Southern, BNSF, Kansas City Southern, CSX and other railroads.

All 12 rail unions must approve their deals to prevent a strike, although no strike is imminent because all the unions have agreed to keep negotiating even if their members vote no, until a deadline early next month.

Seven other unions have ratified the five-year deals that include 24% raises and $5,000 in bonuses. The focus now is on the three unions that have voted down their agreements and the remaining two that haven’t finished voting.

Workers’ quality-of-life concerns about demanding schedules and the lack of paid sick time in the industry have threatened to derail the agreements even with the sizeable raises railroads are offering.

Contract talks with the two unions that rejected their deals last month remain deadlocked over the issue of paid sick time. So it is looking increasingly likely that Congress will have to step in to settle this dispute

“If we can’t improve the agreement by getting some sort of sick leave, I think Congress is going to have to intervene because I think the railroads are just too stubborn to give us what we want unless we are able to strike,” Tony Cardwell, president of the Brotherhood of Maintenance of Way Employes Division union, said Monday.

The railroads have said they want these contracts to closely follow the recommendations made this summer by a special board of arbitrators that President Joe Biden appointed. Offering sick leave on top of the raises and bonuses that are already in the deal would require the railroads to spend more.

Congress is expected to block a rail strike and impose contract terms on both sides if they can’t come to an agreement before next month’s deadline. That’s because the stakes are so high for the economy with so many businesses relying on railroads to deliver their raw materials and finished products.

When they’re not at the negotiating table, the railroads and unions will be lobbying Congress over the next few weeks about what should be included if lawmakers do decide to impose contract terms on the freight railroads.

If the two biggest unions that represent conductors and engineers also reject their deals when they release the results of their votes next Monday, that would put additional pressure on the railroads. But Cardwell said he doesn’t think even that would be enough to get the railroads to budge on sick time.

The railroads declined to comment Monday on the status of the talks with the BMWED and Brotherhood of Railroad Signalmen unions, but they have been adamant about not offering paid sick time. They say they believe the unions agreed to forego paid sick time over the years in favor of higher wages and strong short-term disability benefits.

Hundreds of business groups have written letters to Biden and members of Congress urging them to be prepared to intervene in the contract dispute, if necessary. Labor Secretary Marty Walsh has said he is in daily contact with the railroads and unions urging them to work out a deal.