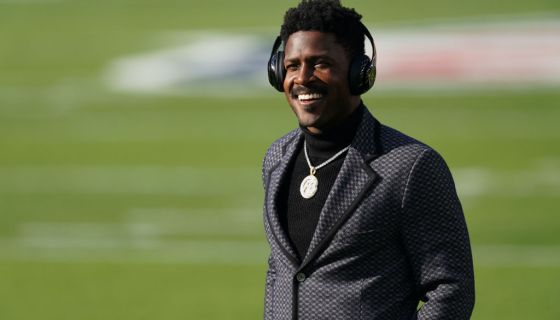 Footage has surfaced of Antonio Brown bozo’ly being naked in a pool while flashing and flaunting his unemployed a** cheeks in a woman’s face. This comes amid previous sexual harassment allegations. 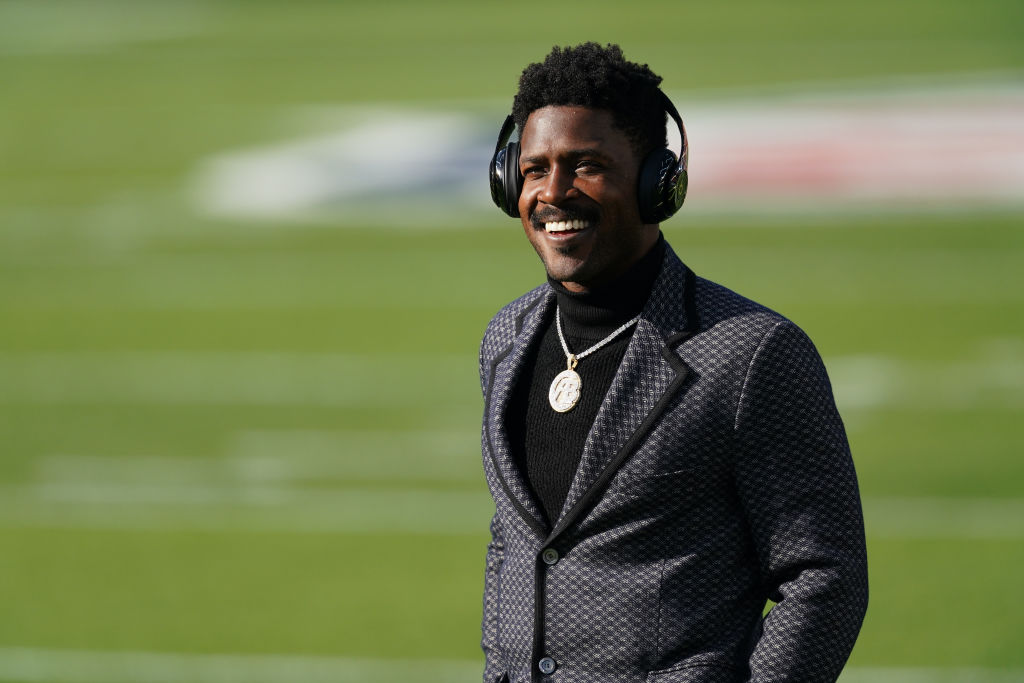 Since Antonio Brown stripped off his Tampa Bay gear and quit on the Buccaneers mid-game, he’s transformed into an aspiring rapper that’s continuously making headlines. And although his latest single is telling listeners to “put that s**t on,  he’s making the news for doing the exact opposite while overseas in Dubai.

Video Surfaces Of Antonio Brown Exposing Himself In A Hotel Pool

According to the New York Post footage has surfaced of AB at the luxurious Armani Hotel in Dubai completely naked and in the personal space of a guest at the hotel.

At the start of the video, a woman is seen laughing off the naked ex-NFL player before swimming away to avoid his unwanted attention. AB who was only wearing his gold chains was also seen sticking his butt in the woman’s face as he lifted himself in and out of the water with other unidentified men egging him on.

AB reportedly also grabbed his penis and yanked it out of the water towards the woman while asking her; “you want it?!”

For those who do not know, Dubai has extremely strict laws about decency and how AB wasn’t arrested for his antics is surprising.

Mind you this is the same man that faced sexual harassment charges.

You can watch the video from the May altercation below.