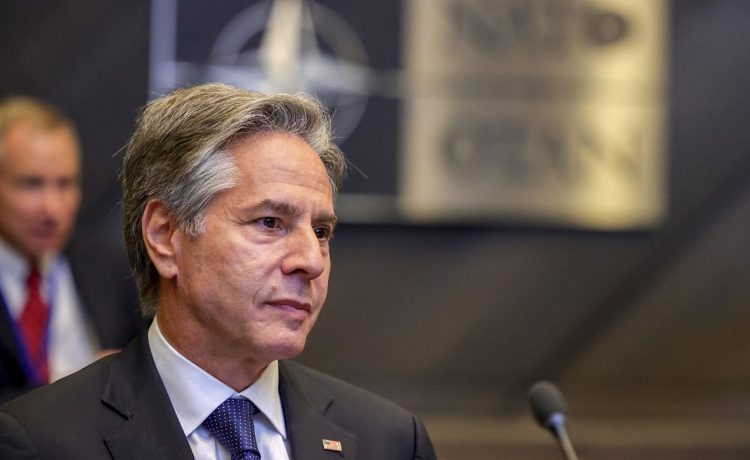 Tehran’s latest response on a proposed compromise to revive the troubled 2015 Iran nuclear deal has made it harder to reach an agreement, Secretary of State Antony Blinken said Friday.

Speaking to reporters on a visit to NATO headquarters in Brussels, the U.S. top diplomat said some progress had been made in the halting and difficult talks in recent weeks, but Iran’s latest response to a proposed “final” text put forward by European powers may be undercutting that.

Iran’s response “takes us backwards, and we’re not about to agree to a deal that doesn’t meet our bottom-line requirements,” Mr. Blinken said, the Agence France Presse news service reported.

President Biden came into office in 2021 promising to revive the multinational nuclear accord signed by President Obama but repudiated by President Trump in 2018. Mr. Trump reimposed harsh economic sanctions on Iran and its trading partners, and Iran responded by reviving parts of its suspect nuclear programs that were supposed to be curbed by the deal.

But indirect talks between Washington and Tehran over nearly a year and a half since Mr. Biden took office have yet to produce a revised accord.

Mr. Blinken’s language Friday was the sharpest critique Washington has offered yet to the Iranian response.

The U.S. has said Iran has put forward “extraneous demands” in the talks and sought long-term assurances that the Biden administration cannot give. In one example, Tehran is reportedly demanding that U.N. nuclear inspectors drop probes of past Iranian nuclear activity at undeclared research sites inside Iran.

Mr. Biden and Mr. Blinken are also dealing with staunch opposition to reviving the deal from regional allies Saudi Arabia and Israel, as well as a sizable bipartisan bloc in Congress.

Despite the acrimony and failure to cut a deal, Iranian officials insist they remain committed to the talks. The U.S. sanctions have imposed major hardships on the already struggling Iranian economy and Tehran has been desperate for relief.

Iranian government spokesman Ali Bahadori Jahromi told a briefing in Tehran earlier this week that the “other side” must “drop its excessive demands” if a deal was to be reached, but said Tehran remained ready to bargain.

“The Islamic Republic of Iran has not left and won’t leave the talks,” the spokesman added.

Germany, Britain, France, Russia and China are also signatories to the deal, but diplomats say a final accord hinges on whether the U.S. and Iran can come to terms.

“If we conclude a deal, it’s only because it will advance our national security,” Mr. Blinken said Friday.