Appeals court rules DACA was illegally created under Obama, but program to remain intact for now 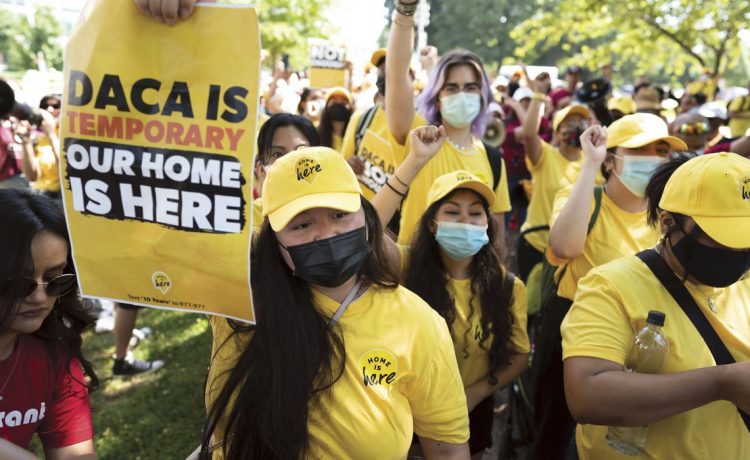 A federal appeals court ruled Wednesday that the DACA program to protect illegal immigrant “Dreamers” was created illegally by the Obama administration a decade ago, upholding a lower court’s decision to erase the program.

But the three-judge panel said its ruling doesn’t apply to the new version the Biden administration announced this year.

The judges sent the entire matter back to the lower-court judge to evaluate.

And the 5th U.S. Circuit Court of Appeals kept in place a partial stay, meaning the current DACA program will remain running while the case works through the court system.

The appeals court did signal a tough road ahead for the Biden plans, saying it does not appear that Congress anticipated such a broad grant of executive authority in immigration law.

“There is no ‘clear congressional authorization’ for the power that DHS claims,” wrote Chief Judge Priscilla Richman, who was nominated to the court by President George W. Bush.

But for now, she said, that merely means that the 2012 program created by the Department of Homeland Security in the Obama years was established in violation of the Administrative Procedure Act.

In sending the case back to the lower court, the 5th Circuit is continuing a line of cases that dates back nearly a decade, to the creation of the original DACA program.

Advocates said that leaves 1.2 million people in the lurch.

“To continuously shuttle DACA through different courts, keeping it in limbo, is to devalue and ignore the contributions this policy has made to our state and country,” said Murad Awawdeh, executive director of the New York Immigration Coalition.

DACA grants a stay of deportation to illegal immigrants who came to the U.S. as children before the middle of 2007, who had been here at least five years, who had worked toward an education and who had kept a relatively clean criminal record.

The program, officially known as Deferred Action for Childhood Arrivals, also grants work permits, which allow the recipients to settle more deeply into communities and to obtain some taxpayer benefits such as tax credits, Social Security and Medicare.

President Obama had repeatedly said he didn’t have power to create such a program, before reversing himself in the months ahead of Election Day in 2012 and deciding he did in fact have the power.

The Trump administration sought to phase out the program, drawing an avalanche of lawsuits that ended at the Supreme Court.

The justices ruled that President Trump cut too many corners in trying to end the program, even though some of the justices pointed out that he had used the same methods as the Obama administration did in creating it.

Republican-led states, led by Texas, sued to force a decision on the original DACA program, leading to Wednesday’s ruling.