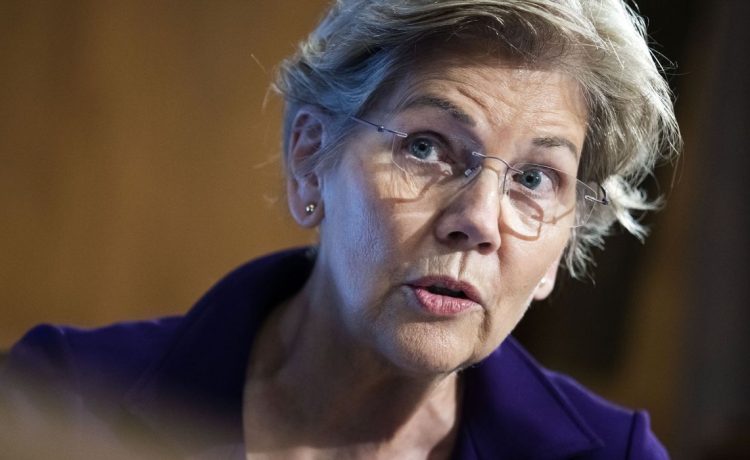 A federal appeals court’s severe blow to the Consumer Financial Protection Bureau is poised to chill the agency’s financial oversight authority and possibly imperil much of the work it has already carried out.

The court tossed out one of the agency’s major rules cracking down on payday lenders and threw into doubt the legitimacy of CFPB, which was the brainchild of far-left champion Sen. Elizabeth Warren of Massachusetts.

“The decision is a big deal in that it would suggest that the CFPB cannot take enforcement actions unless and until Congress fixes its funding. It’s another blow to the CFPB,” said Jonathan Adler, a Constitutional law professor at Case Western University.

The 5th Circuit U.S. Court of Appeals held that Congress acted in violation of the Constitution when it delegated its financial authority to an executive agency.

Created in 2011, the CFPB was given independence in its leadership and its funding source to shield it from political forces and give it the freedom to go after powerful financial interests. By funding it directly from the Federal Reserve, not through Congress’ appropriations process, it defied the separation of powers, a three-judge panel ruled.

The 39-page ruling invalidated the Payday Lending Rule, which became effective in 2018. It restricted lenders’ ability to provide consumers with loans unless they’ve determined they can repay them according to certain terms, and the rule also restricted a lenders’ account access to repay loans.

The judges reasoned that Congress appropriates funds via the Appropriations Clause — but handed over that authority when it created the CFPB, giving the agency unchecked power.

“Congress ran afoul of the separation of powers embodied in the Appropriations Clause,” wrote Judge Cory T. Wilson, a Trump appointee, for the court.

As Mr. Petersen sees it, the ruling could stall the agency’s investigations into possibly illegal activity. It has conducted hundreds of thousands of investigations into abusive debt collection practices, mortgage lending scams, and customer complaints about financial banks. It has extracted more than $12 billion for 29 million consumers in refunds and canceled debts, according to the agency’s website.

He said those in the CFPB’s crosshairs can now challenge the agency’s investigations under the 5th Circuit’s ruling, arguing that the staff, paralegals, and even computers used to write up a complaint were paid with unconstitutional funding.

The cloud of uncertainty would also hover over the CFBP’s existing policies, such as its safe harbor mortgage rule, which protects consumers taking on a mortgage they can’t afford. A lender could now challenge the rule, making the same argument that it was created through unconstitutional funds.

It’s unlikely, however, that Congress will act, at least in the short term. Most lawmakers are campaigning in their home districts ahead of the Nov. 8 midterm elections.

The CFPB has been a target for conservatives since its inception. Republican lawmakers will likely stand by while a possible appeal of the 5th Circuit’s ruling meander through the courts. They have long sought to dismantle the CFPB, labeling it a “rogue agency” because it is not accountable to Congress.

Critics say the agency has hurt consumers because it has made it more difficult for middle-class Americans to get mortgages and the enforcement actions have caused banks to increase fees charged to customers.

“As Republicans have said all along, the CFPB’s ‘double-insulated,’ independent funding mechanism is unconstitutional and makes it wholly unaccountable,” said Rep. Patrick McHenry of North Carolina, the top Republican on the Financial Services Committee. “I’m glad to see the 5th Circuit recognize this fact. Bringing the CFPB under the appropriations process would make it more accountable to the American people through their elected representatives.”

Sen. Dan Sullivan, Alaska Republican, tweeted that the CFPB was flawed from the start.

“This decision delivers another blow to an agency that should have never been established and at minimum, needs to operate under the purview of Congress as the Constitution demands,” he wrote.

“If Wall Street and payday lenders get their way, they’ll gut the only agency charged with protecting consumers,” he wrote on Twitter. “This is unprecedented, it’s extremist, and it will make Americans so much more vulnerable to financial harm.”

Ms. Warren dreamed up the agency when she was a Harvard University law professor and saw it become a reality under President Obama, who made her a special advisor to CFPB when it was being organized in 2010. She won her Senate two years later.

“This is a lawless and reckless decision. @CFPB has returned billions of dollars to Americans by doing its job, and its funding is clearly constitutional. Extreme right-wing judges are throwing into question every rule the CFPB enforces to protect consumers and businesses alike,” Ms. Warren tweeted.

It’s unclear what legal remedies remain for the CFPB. It will likely ask for a hearing before all the judges on the 5th Circuit, known as an en banc panel, but that would include the judges who issued the decision Wednesday.

Taking the case to the U.S. Supreme Court would likely spell certain defeat because of the high court’s conservative majority.

A CFPB spokesperson said the agency “will continue to carry out its vital work enforcing the laws of the nation and protecting American consumers.”

The statement did not say if the agency would seek an appeal.

In 2020, the Supreme Court ruled the CFPB‘s structure outlined for removing the agency director also ran afoul of the Constitution, because at the time it did not allow a president to remove the agency head without cause.

This week’s decision stands in contrast with other federal appeals courts that have upheld the CFPB’s arrangement.

Those other courts had said other federal agencies, such as the Federal Reserve and the Federal Housing Finance Agency, also have budget autonomy.

But the 5th Circuit said the CFPB is unique with its budget authority “double-insulated” from Congress. And the regulatory power wielded by the CFPB is far greater than the other agencies, Judge Wilson wrote.

“The Bureau’s funding apparatus cannot be reconciled with the Appropriations Clause and the clause’s underpinning, the constitutional separation of powers,” the judge said.

That policy was intended to go after what the bureau saw as predatory lending practices by payday lenders.

The 5th Circuit said that because that rule can be tied back to the CFPB’s unconstitutional funding structure, the rule must be vacated.

The board’s power was vested in a single director who was insulated from firing by a president, save for cases of actual malfeasance. And it was given the autonomy to operate independently of Congress’ budgeting powers.

The Supreme Court has already ruled the insulated director structure to be unconstitutional, finding that a single director with so much regulatory power must be accountable to the president.

But the justices had not confronted the question of the bureau’s financial insulation.

• Stephen Dinan contributed to this article.