The Great Days > News > Arctic air will blast much of U.S. just before Christmas
News

Arctic air will blast much of U.S. just before Christmas 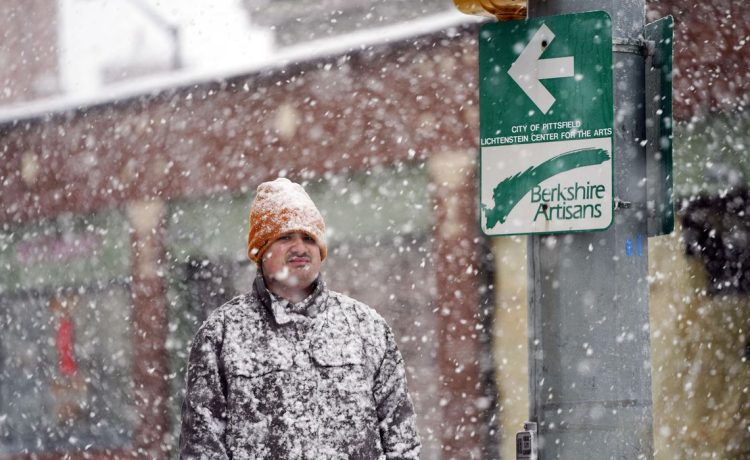 Forecasters are warning of treacherous holiday travel and life-threatening cold for much of the nation as an arctic air mass blows into the already-frigid southern United States.

By Thursday night, temperatures will plunge as low as 13 degrees in Jackson, Mississippi; and around 5 degrees in Nashville, Tennessee, the National Weather Service predicts.

The incoming artic air arrives as an earlier storm system in the Northeastern U.S. gradually winds down after burying parts of the region under two feet of snow. More than 80,000 customers in New England were still without power on Sunday morning, according to poweroutage.us, which tracks outages across the country.

For much of the U.S., the winter weather will get worse before it gets better. The coming week will bring the potential for a “significant winter storm” across the eastern two-thirds of the United States during the second half of the week, just before Christmas, according to the latest forecasts from the federal Weather Prediction Center in College Park, Maryland.

PHOTOS: Arctic air will blast much of US just before Christmas

“The main weather story that will make weather headlines next week will be the massive expanse of frigid temperatures from the Northern Rockies/Northern Plains to the Midwest through the middle of the week, and then reaching the Gulf Coast and much of the Eastern U.S. by Friday and into the weekend,” the Weather Prediction Center warned.

“An extremely strong arctic front will usher in the coldest air of the season by a considerable margin with the expectation of widespread subzero readings for overnight lows from the Northern Rockies to the central/northern Plains and the Upper Midwest, reaching as far south as northern Oklahoma and southern Missouri.”

In Atlanta, where the low temperature is expected to drop below freezing early Monday morning, forecasters warn of even colder air by late in the week, according to the National Weather Service office in Peachtree City, Georgia. The low Friday night in Atlanta will be around 13 degrees with the high temperature on Saturday still below the freezing mark at around 29 degrees, the Weather Service projects.

Florida will not have a white Christmas, but forecasters are expecting that weekend to be unusually cold throughout the state.

In the Northeast, utility companies brought in extra workers from other states but were hampered by slick roads and dangerous conditions.

“This was a heavy, wet snow so that had impacts on both travel and the infrastructure up across that area,” said Frank Pereira, a meteorologist with the National Weather Service.

Vermont officials warned Saturday that some customers may not have their power restored for up to two to three days. The state was finding locations for potential warming centers in the hardest-hit areas in case they were needed, state officials said.

Police across New England responded to hundreds of crashes or vehicles sliding off the road during the weekend storm. Maine State Police said Saturday night that they had responded to more than 180 crashes since Friday evening. There had only been minor injuries, state police said.