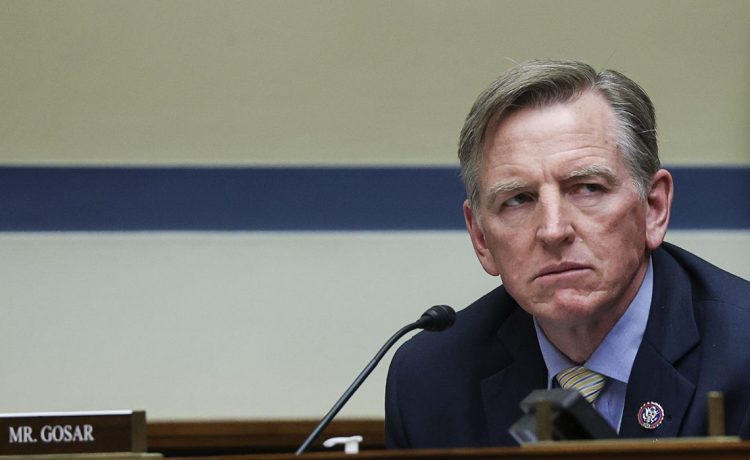 Rep. Paul Gosar is stepping into the international diplomacy ring, offering his home state of Arizona as a location for peace talks between Russian President Vladimir Putin and Ukraine President Volodymyr Zelenskyy.

“The world has seen enough death and destruction between Russia and Ukraine,” the Republican lawmaker said. “The Western countries appear cavalier to using Ukrainians as cannon fodder and [are] disinterested in de-escalation.”

“The United States pays over $3 billion a year to the United Nations and funds over 25% of its peacekeeping operations,” he noted. “Why has there been no serious effort at peace talks?  What happened to the United Nations’ primary mission — to avoid another Great War in Europe?”

The conservative lawmaker serves on no committees after the House Democratic majority stripped him of his assignments for posting an animated video depicting violence against President Biden and Democratic lawmaker Rep. Alexandria Ocasio-Cortez. Mr. Gosar conceded he is not a diplomat, but said that he cannot remain silent any longer about the fighting in Ukraine.

He called on both Mr. Putin and Mr. Zelenskyy to come to Arizona “to de-escalate nuclear tensions, terminate the war and end the unfortunate death and destruction plaguing both countries,” adding, “It’s long past time to seek a peaceful resolution in Ukraine.”

The invitation comes at a time when American support for funding and arming Ukraine appears to be waning, despite the public’s opposition to Russia and Mr. Putin.

In a recent YouGov poll, an overwhelming 81% of Americans deemed  Russia “unfriendly” or an “enemy,” with Democrats at 83% and Republicans at 82%. Mr. Putin has a 76% percent disapproval rating, with both Democrats and Republicans disapproving of the Russian leader at 77%, while there is a 70% negative view of Russia.

But a survey conducted by the liberal Data for Progress on behalf of the Quincy Institute for Responsible Statecraft found that almost 60% of Americans would support the U.S. engaging in diplomatic efforts “as soon as possible” to end the war in Ukraine, even if Ukraine must make concessions to Russia. House Minority Leader Kevin McCarthy has said the Biden administration should not expect a “blank check” from Congress to aid Ukraine should Republicans capture the House in the midterm elections.

The Biden administration and its NATO allies have said they will not negotiate a peace deal with the Kremlin until Ukraine says it is prepared for talks. So far, the Zelenskyy government has said now is not the time for negotiations as its forces make steady gains on the battlefield and Russia accelerates a bombing campaign of Ukrainian cities and infrastructure.

The Congressional Progressive Caucus also appeared to support the idea of the U.S. moderating peace talks between the warring countries after a letter from the liberal House caucus to President Biden was sent out this week.

But the group quickly withdrew the letter, signed by 30 House progressives, in the face of strong criticism from fellow Democrats.

CPC Chair Pramila Jayapal, Washington Democrat, said the letter “was drafted several months ago, but unfortunately was released by staff without vetting.”