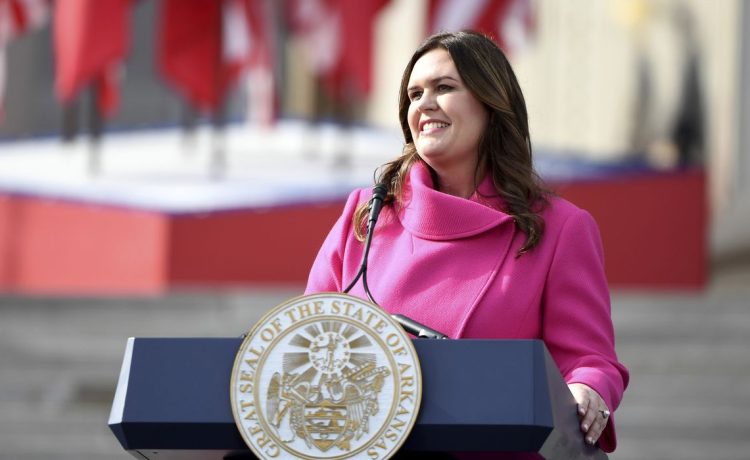 In one of her first executive orders, Arkansas Gov. Sarah Huckabee Sanders has barred the term “Latinx” from all state government documents.

The Republican’s executive order points out that “according to Pew Research, only 3% of American Latinos and Hispanics use the word ‘Latinx’ to describe themselves,” and as such the term should be considered “ethnically insensitive and pejorative language.”

Mrs. Sanders took the oath of office on Tuesday.

All Arkansas state offices, agencies, and departments are now required to review their documentation, send the findings about the previous use of “Latinx” in a report to the governor’s office, and replace any and all instances of the term with forms of “Hispanic” or “Latino/Latina” within 60 days of the order being signed.

The word was invented to provide a gender-neutral term for the Hispanic community; as opposed to English, most Spanish words are gendered as male or female.

Removing that gender, the order contends, would be akin to trying to remove vowels and verbs from the English language.

The language is governed by the Real Academia Española or Royal Spanish Academy, which, as the order points out, “has officially rejected the use of ‘x’ as an alternative to ‘o’ and ‘a’ in Spanish.”

Other executive orders signed by Mrs. Sanders included a ban on the teaching of “critical race theory” in schools.