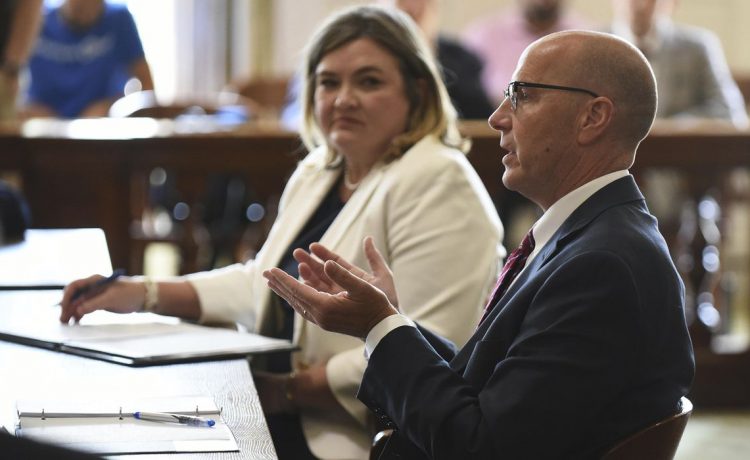 Arkansas voters will now be able to vote to allow the sale of recreational marijuana with the Arkansas Adult Use Cannabis Amendment after a recent state Supreme Court ruling.

The proposed constitutional amendment was initially denied ballot access by Arkansas Secretary of State John Thurston and the Arkansas Board of Election Commissioners, who declined to certify the ballot title.

Responsible Growth Arkansas, which advocates for the amendment, then filed a petition to the state Supreme Court, which was then granted Thursday.

“Petitioners ask this court to order the Secretary of State to certify the proposed amendment for inclusion on the ballot at the November 8, 2022 general election. … Petitioners argue that the ballot title is sufficient under this court’s precedent and that Arkansas Code Annotated section 7-9-111’s ballot-title certification process is unconstitutional. We grant the petition,” Arkansas Supreme Court Justice Robin Wynne wrote in the decision.

Steve Lancaster, counsel for Responsible Growth Arkansas, praised the court’s decision, telling the Arkansas Democrat-Gazette, “I’m just extremely gratified the court saw it the way we had from the very beginning and the votes of the people are going to count.”

If voters pass the amendment, recreational marijuana will become legal for sale to those 21 and older. Packaging and advertising aimed at children will be prohibited, as will growing cannabis at home.

On the business end, 20 cultivators and 120 dispensaries will be permitted to grow and sell marijuana, including those currently licensed for medical marijuana. Another 40 licenses would be handed out via lottery by regulators.

The Arkansas Board of Election Commissioners, along with Mr. Thurston, had opposed certifying the ballot title of the amendment because it did not clarify every change that would be caused by its passing.

They were joined in their effort by intervenors, the ballot-question committees Save Arkansas from Epidemic and Safe and Secure Communities.

In particular, they argued the title did not convey the overturning of the prior dosage limit of 10 milligrams, did not explain the effects on industrial hemp production, did not explain the parameters of child-safe packaging and advertising, and did not mention the age limit.

The Arkansas Supreme Court, however, thought the title was sufficient.

Furthermore, it struck down the board’s decision, stating that the board did not have the legal authority to decline certification for ballot titles in the first place — only the secretary of state had the power to determine whether a ballot title is sufficient.

“We recognize that it is impossible to prepare a ballot title that would suit everyone. With these standards in mind, we conclude that the ballot title at issue is complete enough to convey an intelligible idea of the scope and import of the proposed amendment,” Justice Wynne wrote.

Justice Rhonda Wood concurred, arguing that the power to decide the amendment’s fate rests rightfully with the voting public.

“It is for the people — not this court — to exercise the right to amend the constitution, and our court must continue to preserve this first power of the people of Arkansas by not supplanting their decision with ours,” she wrote.

Another member of the court, Justice Shawn Womack, agreed with the striking down of the Board of Election Commissioners’ decision on the grounds of unconstitutionality.

But Justice Womack also backed Mr. Thurston’s striking down of the ballot title, however, writing that it “fails to sufficiently advise voters of the magnitude of the change and gives the marijuana industry greater leeway to operate with limited oversight in these areas.”