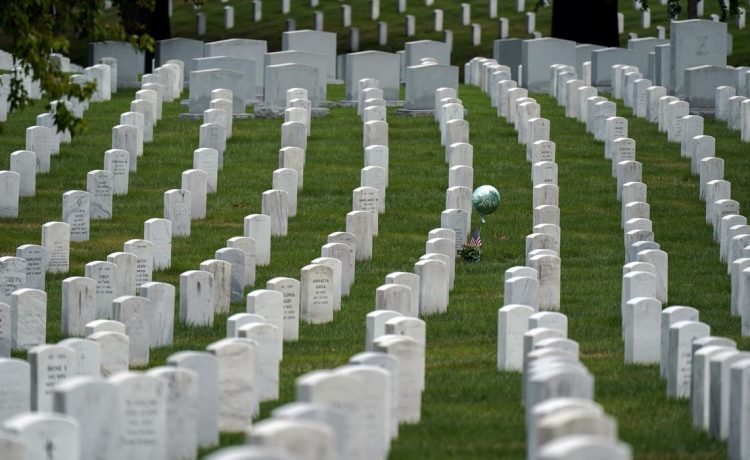 The Confederate monument at Arlington National Cemetery should be removed completely as part of the broader effort to scrub all  U.S. military place names and assets that pay homage to the Confederacy.

The Naming Commission, which is made up of former U.S. military members and other officials, revealed its recommendation Tuesday. The congressionally authorized commission will release its final report next month.

The 32-foot-tall monument was erected in 1914 and features a bronze woman symbolizing the “American South” at its top, according to military news site Defense One.

Fourteen shields are located just beneath her, representing the 13 states that seceded during the Civil War and the border slave state Maryland which did not leave the Union.

There are also engravings of Confederate soldiers going off to war at the monument’s base and “highly sanitized depictions of slavery,” according to Arlington National Cemetery’s website. For example, there is an enslaved woman holding the child of a Confederate officer and an enslaved man marching with his owner to war.

A Latin inscription on the monument cites the Confederacy’s “Lost Cause” rationale for seceding.

However, the commission recommended keeping the statue’s granite base so as not to disturb nearby graves.

Around the turn of the 20th century, the U.S. government began a policy of attempting to heal lingering ill will from the Civil War and allowed Confederate veterans to be interred at Arlington National Cemetery. Fundraising for the memorial itself began in 1906.