Army brings back venerable ‘Be All You Can Be’ ad campaign 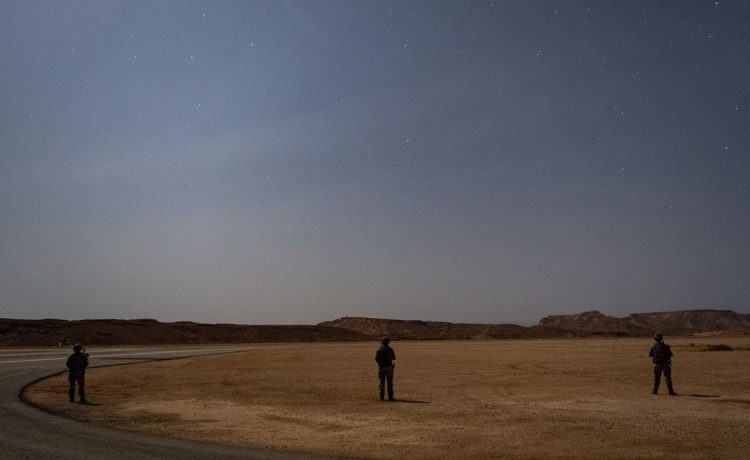 Members of “Gen Z” — those born between the late 1990s to early 2010s — are obsessed with nostalgia, from binge-watching episodes of “Friends” to wearing preppy clothes and listening to Green Day albums on turntables.

The Pentagon is hoping to capitalize on this phenomenon to address a major recruiting slump currently facing the U.S. Army.

Military officials say they are bringing back the iconic “Be All You Can Be” recruiting slogan from the 1980s and 1990s, and not just because of mere sentimentality.

The Army has confirmed it will build a new advertising campaign around the slogan over the coming months to help overcome the most severe recruiting challenges faced by the service since the end of the draft in 1973.

“‘Be All You Can Be’ is the message for the moment and for the future,” says Laura DeFrancisco, a spokeswoman for the Chicago-based Army Enterprise Marketing Office.

“We are not ‘returning’ to ‘Be All You Can Be,’ we are reinventing it to reposition the Army and to inspire the next generation of soldiers,” Ms. DeFrancisco said.

During the 1980s and 1990s, Army commercials featuring the “Be All You Can Be” slogan famously told potential recruits they would “do more before 9 a.m. than most people do all day.”

The commercials typically featured male soldiers jumping out of airplanes or driving tanks.

But times have changed over the past 40 years, and not just because all Army jobs are now open to women.

“In the coming months, the Army will show the American public how we’re bringing this iconic brand forward to reintroduce the infinite possibilities of Army service,” said Ms. DeFrancisco.

Marketing experts say the Army is relying on a tactic known to produce success in the world of American advertising by rolling out a slogan that’s older than most of the people they’re attempting to recruit.

Wendy Melillo, a professor at American University’s communications school, said the “Be All You Can Be” message is part of the nation’s “collective advertising memory.”

“Advertisers periodically try new approaches but will periodically return to long-running ad campaigns that their brands are best known for,” Ms. Melillo told The Washington Times.

She said advertising styles are based on a creative process and work in the same manner as artistic or literary efforts. Admired and well-recognized campaigns are imitated.

“To stand out, capture attention, or revive a stalled brand,” Ms. Melillo said, “advertisers will look to their glory days to generate new interest.”

Other products are cashing in on Gen Z’s “Everything old is new again” attitude to capitalize on their retro mania as well.

Burger King recently reintroduced a logo strikingly similar to the one the global restaurant brand used in the 1990s: paper crowns for customers.

The Army’s “Be All You Can Be” campaign may have added success by targeting the parents and grandparents – potential influencers – of Army recruits.

Marketing experts say the tactic could make recruits even receptive to the message because of collective nostalgia.

“People will remember the slogan from the past and it hopefully prompts past positive associations with the brand,” said Mathew Curtis, a professor at the University of Southern California’s Annenberg School of Communication.

Today’s media environment is much more diverse than in the past, said Mr. Curtis, who contends that there simply aren’t TV shows today that connect masses of people to the degree “I Love Lucy” or “Monday Night Football” once did.

“Using nostalgia effectively connects with a broader section of the public much more effectively than alternatives such as using the current most popular influencer on Tik Tok,” said Mr. Curtis.

The Army fell short of its 2022 recruiting goal by 25% and recently cut its total force projection by 10,000 soldiers. Officials at the Defense Department say it has become harder for the military to compete with the civilian labor market for recruits.

“We’re competing for talent just like all of the folks in industry are, and the job market is hot right now,” Army Secretary Christine Wormuth told CNBC. “Wages have gone up a lot, and that’s great for Americans, but it’s making it harder for us in the Army to compete.”

The Army has a current workforce of about 460,000 personnel. Officials say only a small percentage of Americans are inclined to enlist on their own, and some potential recruits are physically out of shape or otherwise unable to serve.

David Regan, a professor at Michigan State University’s Department of Advertising and Public Relations, created a number of advertising campaigns during his time in the private sector.

As long as the Army puts a fresh spin on the future “Be All You Can Be” commercial, it could prove a good decision to be reaching back into the historical vault, he said.

“I think it’s a smart tactic. [But] it all depends on how they do the final execution,” said Mr. Regan. “There’s a lot of value and cachet with [Be All You Can Be] and that’s not easily won. To come out with something nowadays and have people remember your slogan is a tough task.”