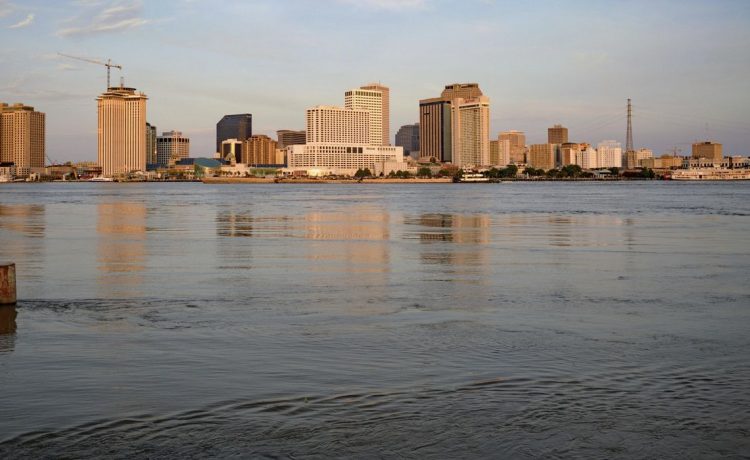 The U.S. Army Corps of Engineers began construction last week of a 1,500-foot-wide underwater barrier to prevent saltwater traveling up the Mississippi River.

If the saltwater from the Gulf of Mexico went upriver unchecked, it could further taint water supplies used for drinking as well as industrial purposes.

On Oct. 11, the U.S. Army Corps of Engineers (USACE) began construction of the barrier, called a sill, near Myrtle Grove, Louisiana. The sill is being made of “sediment dredged from a designated area just upstream for this purpose,” according to the USACE.

Although the cost of the project is undisclosed, the estimated cost will be about $10 million.

Sills have normally been built on the river once every decade or so to prevent saltwater intrusion, with prior sills being constructed in 2012, 1999, and 1988.

The problem of saltwater intrusion in 2022 is being exacerbated by drought upriver, which has made the river’s flow too weak to stop the creep of saltwater upriver.

“When it falls below 300,000 cubic feet per second, it doesn’t have enough force to keep the saltwater at bay,” USACE New Orleans District Chief of Public Affairs Ricky Boyett told CNN.

Thus far, saltwater has already reached a water plant in Boothville, Louisiana, in Plaquemines Parish, south of where the sill is being built.

A drinking water advisory is in effect for residents whose water comes from the facility, according to NOLA.com.

The sill is being built north of Boothville in order to protect saltwater from reaching cities further up the river, including New Orleans, which does not normally deal with saltwater intrusion.

Boothville and other communities south of the sill, on the other hand, deal with intrusion as a fact of nature.

“When you’re looking at the areas below the Belle Chasse, the smaller water intakes that Plaquemines is using, the parish kind of has the responsibility for mitigating for that saltwater because it is a natural phenomenon,” Mr. Boyett told CNN.

The USACE is counting on a return of the rains to help push the saltwater back out to sea.

“It really is gonna depend on rain in the Mississippi Valley. We need the water to come our way from up north. And right now we’re not seeing anything in the forecast, but hopefully that changes soon,” Mr. Boyett told CNN.