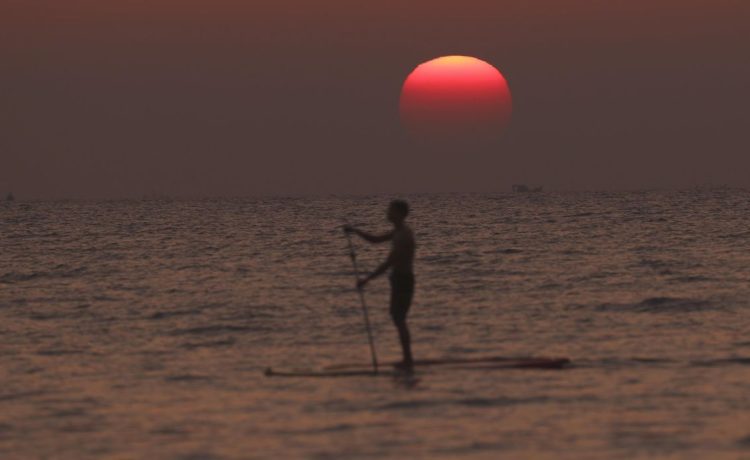 BANGKOK — Authorities in military-ruled Myanmar announced a suspension of the normal four-hour curfew to allow New Year’s celebrations in three biggest cities, but opponents of army rule urge people to stay away and claimed security forces might stage an attack and blame it on them.

A leaked official letter that circulated on social media said the Yangon regional government was lifting the curfew from midnight to 4 a.m. for one night, when it would host a New Year’s countdown party with fireworks and music at the city’s People’s Park.

Residents of the country’s capital, Naypyidaw, and the second largest city, Mandalay, confirmed that the curfew had also been lifted in their cities, which would also host official celebrations.

However, groups opposed to army rule posted warnings on social media urging people not to attend the military-organized events for safety reasons. They suggested that security forces might stage a provocation, such as a bombing or shooting, for which it would blame urban guerrillas of the People’s Defense Force, the armed wing of Myanmar’s banned main pro-democracy movement, which calls itself the National Unity Government.

Myanmar has been engulfed in what some U.N. experts have characterized as a civil war since the military seized power from the elected government of Aung San Suu Kyi in February 2021. The army is engaged in brutal large-scale counterinsurgency operations in the countryside, while authorities also contend with urban guerrillas who target people and institutions associated with the ruling military.

The opposition’s social media postings also said that attending New Year’s gatherings could be seen as falling into a propaganda trap of the military, which could show images of people celebrating to claim that the the situation in the country had returned to normal.

Although it had become a tradition to hold public New Year’s celebrations with concerts in major cities, none was held last year due to coronavirus restrictions and the curfews imposed by the military.

The U.S. Embassy in Yangon issued a warning on Dec. 23 to avoid visiting military-affiliated establishments, hotels, restaurants and bars on holidays and days of national significance and to stay aware of the possibility of shootings and bombings.

On Dec. 18, an explosion occurred on a state-owned ferry traveling across the Yangon River from Yangon to the suburban township of Dala, injuring at least 17 people. The military government blamed the People’s Defense Force for the blast but presented no evidence.