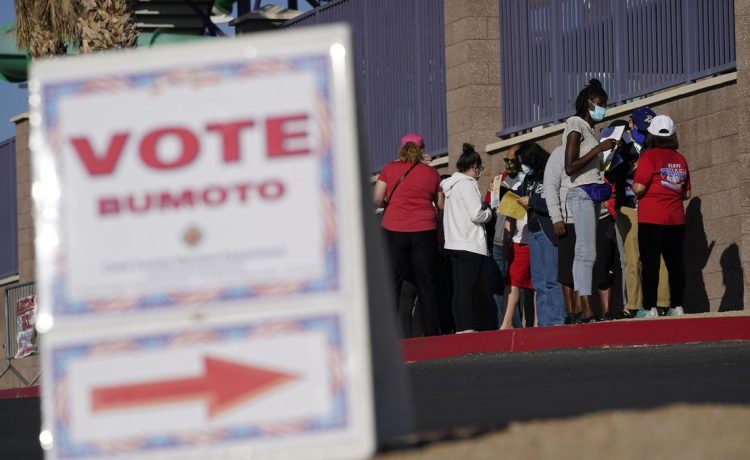 A network of conservative grassroots groups has recruited thousands of poll watchers and poll workers to staff election precincts across the country on Nov. 8.

Saying they are motivated by a desire to avoid a repeat of the mistrust of the 2020 election results, the activists organized election-integrity county task forces in 10 battleground states, training volunteers on voting laws and procedures.

In Pennsylvania alone, organizers estimate that they will have more than 10 times as many poll watchers on the ground on Election Day than for the 2020 election.

“We’re working our butts off to try to make sure our elections are more transparent and free,” said Toni Shuppe, a leader of the effort in Pennsylvania. “The worst outcome we could possibly have is similar to the 2020 election, where voters are not confident that the results are accurate. That’s the last thing that we want.”

Tea Party Patriots Action has been working on the initiative since early 2021, focusing on Arizona, Colorado, Georgia, Florida, Michigan, North Carolina, Nevada, Pennsylvania, Virginia and Wisconsin. Most of those states were hotly contested battlegrounds in 2020 where former President Donald Trump claims there was widespread election fraud.

In a separate effort, the Republican National Committee has pursued its election integrity agenda with more than 70 lawsuits this cycle. The challenges often deal with how poll watchers operate at voting sites or how states should count absentee ballots.

The RNC is reportedly spending millions on the effort after widespread GOP criticism about how states loosened rules during the pandemic in 2020 to allow more ballot drop boxes and mail-in voting.

Jenny Beth Martin, honorary chair of Tea Party Patriots Action (TPPA), said thousands of volunteers in battleground states have been trained on working to clean states’ voter rolls, understanding changes in election equipment, and learning how to become poll watchers or workers such as election judges. She said part of the effort is getting a local task force leader to “befriend” a county clerk of elections or other officials to learn about the local election procedures and voting systems.

“The first part is about personal relationships, and the second is about procedures and policies,” Ms. Martin said. “Do they use temporary staffing companies [to manage elections]? What computer systems are they using? What contracts do they have in place for that?”

Ms. Martin said activists need to know about any contemplated changes in voting systems by their local government to weigh in before decisions are made.

She pointed to Eugene Yu, CEO of the election software company Konnech Corp. in Michigan, who was charged this month with theft and conspiracy stemming from the alleged theft of personal information of poll workers in Los Angeles County in the 2020 election.

Under a $2.9 million, five-year contract with the county, Konnech was supposed to securely maintain the data and ensure that only U.S. citizens and permanent residents had access to it. But investigators found the information on poll workers was stored on servers in China.

“We’ve been working with different groups in our network to try to get the local election offices to stop using Konnech because they’re concerned about data security,” Ms. Martin said.

Los Angeles County District Attorney George Gascon emphasized that the alleged criminal actions “had no impact on the tabulation of votes and did not alter election results.”

TPPA has also partnered with the Conservative Partnership Institute, a nonprofit that employs former Trump chief of staff Mark Meadows, to hold election-integrity “summits” around the county. Mr. Trump’s Save America PAC gave $1 million to CPI last year, one of its largest donations in 2021.

As state elections officials gear up for the Nov. 8 elections, many of them say their offices are being inundated with public-record requests by supporters of Mr. Trump. Some reports have linked the surge in requests to an August event organized by Trump ally and MyPillow CEO Mike Lindell, who urged attendees to request elections records. That effort is not part of the initiative organized by TPPA.

In Pennsylvania, Ms. Shuppe and Ms. Martin said their organizations have lined up about 6,000 people to serve as poll watchers, compared with about 500 two years ago.

“The more eyes that we have on this election, the more comfortable people will be that the outcome was fair and transparent,” Ms. Shuppe said.

Each political party with a nominated candidate on the ballot in Pennsylvania may appoint three poll watchers for each election district. Only one poll watcher may be present in the polling place at one time for each party.

Poll watchers can keep a list of voters, inspect a voting checklist, make “good-faith challenges” to a voter’s identity or eligibility, and lodge challenges with the judge of elections.

Ms. Shuppe called herself “a political rookie” and said she got involved after the 2020 contest when she led an unsuccessful effort to audit the state’s election. Her group, Audit the Vote PA, is still urging people to sign an online petition to decertify the 2020 election.

Ms. Shuppe has endorsed Republican gubernatorial nominee Doug Mastriano, a Trump ally. Liberals accuse her of trying to exert partisan influence on the state’s election operations, a claim she rejects.

She said that her aligning more with conservative values doesn’t mean she thinks a liberal’s voice shouldn’t be heard.

“The endgame is to have Democrats and Republicans alike have as many eyes on [the election] as possible so that both parties are comfortable in the outcome at the end of the day,” Ms. Shuppe said. “We just don’t want a repeat of 2020, where people are running around screaming ‘fraud.’ That, to me, would be the worst possible outcome.”