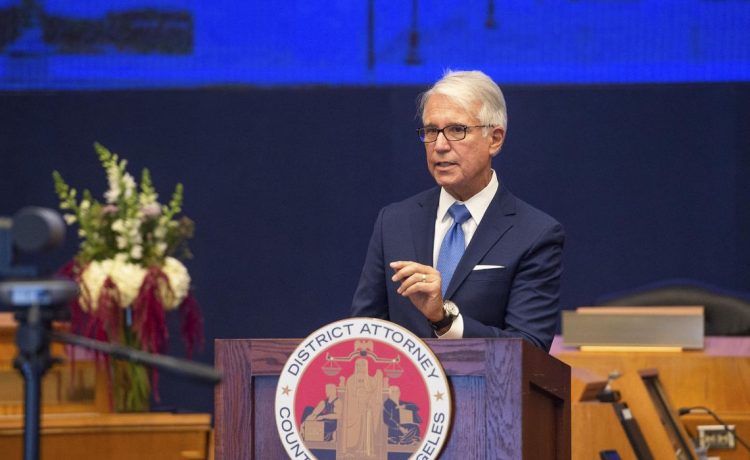 The top executive of an election logistics software company that has clashed with groups alleging voter fraud was arrested Tuesday over the alleged theft of Los Angeles County poll workers’ personally identifiable information, which investigators said was illegally stored in China.

Konnech Corp. CEO Eugene Yu was arrested in Michigan and held on suspicion of stealing data from hundreds of poll workers.

His company had a contract with Los Angeles County to maintain the data and only provide access to U.S. citizens and permanent residents, but Los Angeles County District Attorney George Gascon’s office said the company stored the information on servers in China. Konnech’s software is used to manage the nitty-gritty of holding elections, like scheduling poll workers.

“When we entrust a company to hold our confidential data, they must be willing and able to protect our personal identifying information from theft,” Mr. Gascon said in a statement. “Otherwise, we are all victims.”

County investigators seized computer hard drives and other evidence from the company, which had a five-year, $2.9 million contract with Los Angeles County, according to the county district attorney’s office.

Konnech’s business has come under scrutiny from people concerned about election integrity, including True the Vote, a Texas-based conservative nonprofit. Konnech sued True the Vote last month in the U.S. District Court for the Southern District of Texas for what it said was defamation and computer fraud.

The company claimed the nonprofit accessed its computers without authorization and said True the Vote made false accusations —  including that it stored data in China.

“The truth of the matter is, all of Konnech’s U.S. customer data is secured and stored exclusively on protected computers located within the United States,” Konnech said in the lawsuit. “Konnech does not, and has never, stored any actual customer or poll worker data on any server in China as Defendants falsely claim.”

“Election integrity should not be a partisan issue, nor should the media try to suppress all conversation about it in a way that benefits one party,” Ms. Engelbrecht said in a statement. “We will continue to report evidence of threats to our election process and work with law enforcement to ensure our elections are a secure space for all American voters.”

A Konnech spokesman told The New York Times this week said it was still working through “what we believe to be Mr. Yu’s wrongful detention,” and rejected the charge that any confidential information had been “stolen.”

“Any L.A. County poll worker data that Konnech may have possessed was provided to it by L.A. County and therefore could not have been ‘stolen’ as suggested,” the spokesman said.

Mr. Gascon said Tuesday his investigation is solely concerned with election workers’ personal data and there was nothing that involved the changing of votes counted in any election.

“In this case, the alleged conduct had no impact on the tabulation of votes and did not alter election results,” he said. “But security in all aspects of any election is essential so that we all have full faith in the integrity of the election process.”