As midterms near, clergy preach politics and civics lessons 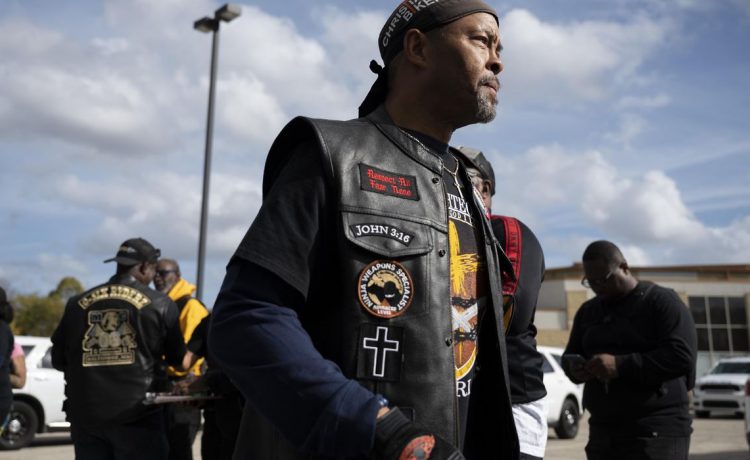 Across America, faith leaders have squeezed in some final messages about the midterm elections during their worship services this weekend. Some passionately took stands on divisive issues such as immigration and abortion; others pleaded for an easing of the political polarization fracturing their communities and their nation.

“The notion that one party or faction is repository of all virtue is fatuous and dangerous,” Wolpe added. “God is greater than parties. If we catch some of that spirit, perhaps we can begin to heal the deep divisions that beset our nation and our world.”

Less than 50 miles away, at the Calvary Chapel Chino Hills megachurch, Pastor Jack Hibbs was eager to take sides in what he calls a “cultural war.” In addition to collecting ballots during Sunday worship, he urged his evangelical congregation to oppose a ballot measure that would enshrine abortion rights in California’s Constitution, calling it “the death cult proposition.” He told them to be wary of local candidates who back it or receive support from groups like Planned Parenthood.

The measure — Proposition 1 — is a response to the U.S. Supreme Court’s decision in June eliminating the longstanding constitutional right to abortion nationwide. While that ruling didn’t affect access to abortion in California, Democratic politicians nonetheless sought the extra protection of a constitutional amendment.

Hibbs said that whether or not California continues to receive God’s grace hangs on the fate of this measure: “We must open our mouth to defend the defenseless.”

Opposition to abortion also has been an election-season priority for Mike Breininger, pastor of an evangelical church in Richland Center in Wisconsin. Breininger doesn’t shy from discussing political issues with his theologically conservative congregation at New House Richland, urging support for candidates who agree the government’s responsibility is to protect life and religious freedom.

“I don’t believe that all political candidates are the same — some are biblically more righteous than others,” said Breininger, who often votes Republican.

Clergy didn’t confine their election messages to within the church walls. On Saturday, the Rev. Alyn Waller, senior pastor at Enon Tabernacle Baptist Church in Philadelphia, hosted a Black Bikers Vote rally. Motorcyclists gathered outside the church before riding through the city urging residents to vote.

“We think that categorically, if you’re a good citizen, a good faith person, a good Christian, you vote,” said Waller.

In a left-of-center Catholic parish in Hoboken, New Jersey, the Rev. Alex Santora exhorted his parishioners to be engaged on issues such as immigration, abortion and gun control.

“As Catholics we should always focus on the common good and what is best for the majority of people,“ he said in his homily at the Church of Our Lady of Grace & St. Joseph.

“Living in the shadow of the Statue of Liberty, I reject all attempts to demonize migrants and immigrants, who have built up our country,” Santora added. “We should be magnanimous, not restrictive and unchristian.”

A few miles from Hoboken, at the Community Church of New York, the Rev. Peggy Clarke, a Unitarian minister, denounced statements by some Republicans, including Rep. Lauren Boebert of Colorado and Pennsylvania gubernatorial candidate Doug Mastriano.

As a minister with a degree in Peace Studies, Clarke has often asked people to reject impulses toward division. But “there are many times in life and in history when one side is wrong and the harm being done has to stop,” she said.

“Using propaganda to convince the public that an election was stolen is wrong,” she added. “Stopping teachers from educating students on uncomfortable truths about race in this country is wrong.”

“In Tuesday’s election, democracy itself is on the ballot,” she said.

Another New York City pastor, the Rev. Jacqui Lewis of Middle Collegiate Church, similarly stressed the urgency of the election, saying “matters of life and death are before of us.”

“Jesus was political. The church has always been political,” she said. “The question is what were the politics of Jesus, and what are ours?”

Lewis assailed Christian nationalism, saying its adherents posed a threat to LGBTQ people, to people of color, and to women’s right to have a safe abortion.

“They believe a fake Jesus is coming back to earth to save them, with an assault rifle over one shoulder, his long blond hair held back by a camo head band, his blue eyes lit with hatred for the marginalized, including his own Jewish people,” Lewis said.

“We need the communion of saints to fill in the spaces of our disbelief and doubt… to weave a fragmented people together and help us to see God’s new way,” she preached.

Without specifying his partisan allegiance, Jeffress urged the audience to “go out and vote against the godless values — the pro-abortion, pro-transgender values — of the godless left.”

The Rev. Dumas A. Harshaw Jr., pastor of First Baptist Church in Raleigh, North Carolina, told his mostly Black congregation there was a crucial need to vote.

“It is our righteous privilege to engage in the process of creating a better society for us all,” he said.

A similar message was shared with predominantly African American worshippers at Masjidullah, an Islamic community center in Philadelphia.

“As Muslims, we are to be positive change agents in the world,” the resident imam, Idris Abdul-Zahir, told The Associated Press. “Voting for and working with public servants who have that interest in mind is tantamount to faith.”

Voting is a priority, but so is unity at Allison Park Church in Pittsburgh, said the lead pastor, Jeff Leake, who encouraged his congregation to head to the polls: “We have the freedom to be a part of the process and to vote. Can I get an “amen” from somebody?”

He advised worshippers to weigh candidates’ character – as well as their abilities – when deciding how to vote.

“No matter what happens on Tuesday, we believe that God is in control,” Leake said

Dan Trippie, a Southern Baptist pastor at Restoration Church in Buffalo, New York, has been urging his youthful, ethnically diverse congregation to support candidates who might seek middle ground on some important issues.

“No candidate or policy will ever achieve perfection in this world,” he said. “We cannot allow our idealized visions of society to prevent us from seeking workable solutions that care for the flourishing of all people.”

Associated Press religion coverage receives support through the AP’s collaboration with The Conversation US, with funding from Lilly Endowment Inc. The AP is solely responsible for this content.