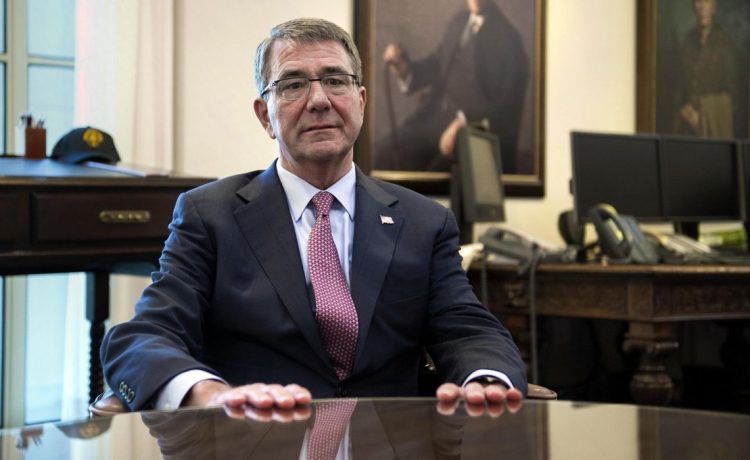 Ashton Carter, who was President Barack Obama’s last defense secretary, died Monday in Boston, his family said in a statement.

Mr. Carter led the Department of Defense from February 2015 to January 2017. He died after what family members said was a “sudden cardiac event.” Mr. Carter was 68.

“Needless to say, his family and friends are devastated by this news and are still processing his sudden passing. It was an honor and a privilege to serve him,” Peter Cook, his former spokesman in the Pentagon, said Tuesday.

President Obama nominated Mr. Carter to be secretary of defense in December 2014. During his time in the Pentagon, he helped to launch the campaign to defeat the Islamic State terror group in Iraq and Syria and opened up all combat positions to women.

He also announced a major shift in defense policy in late 2016 when he announced that transgender individuals could serve openly in the military and that service members could change their gender while serving. President Trump largely rescinded the policy, but it was reinstated when President Biden took office in 2021.

Mr. Carter is survived by his wife, Stephanie, and his children, Ava and Will. Funeral arrangements are still pending, family members said.

“He was a beloved husband, father, mentor, and friend. His sudden loss will be felt by all who knew him,” his family said in their statement.

After leaving government, he joined the Harvard faculty as director of the Belfer Center for Science and International Affairs at the Kennedy School.

“Ash was devoted to our students. He said that one key reason he returned here was his experience at the Defense Department of visiting abroad and being greeted with the salutation ‘Hello, Professor Carter’ from his former students. So he wanted to come back and work with more students,” Kennedy School Dean Douglas W. Elmendorf said Tuesday in a statement.

While known for his keen understanding of military technology and international affairs, Mr. Carter loved nothing more than spending time with troops and made frequent trips to Iraq and Afghanistan to visit U.S. forces there, his family said. They said he also set politics aside and served presidents of both parties over five administrations.

“He believed that his most profound legacy would be the thousands of students he taught with the hope that they would make the world a better and safer place,” his family said.